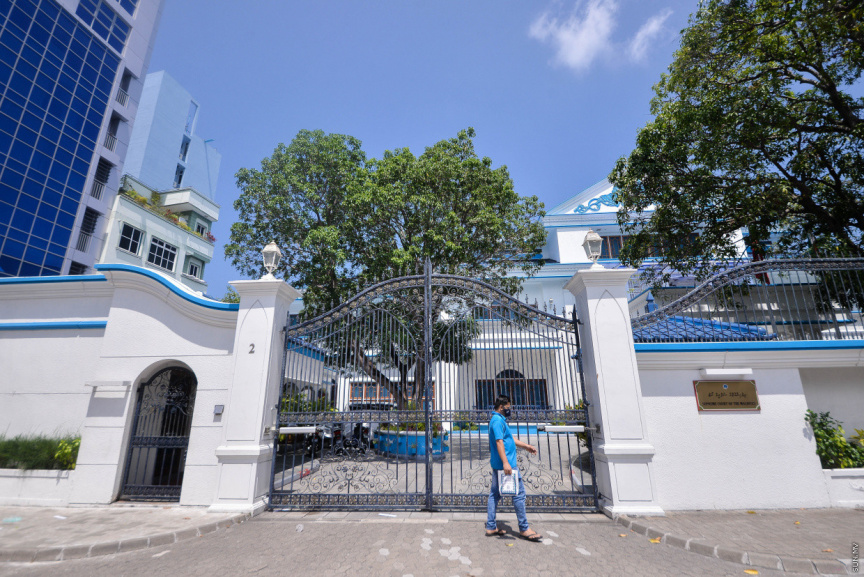 The Supreme Court of the Maldives has ruled that amounts of extraordinary compensation cannot be collected with the inclusion of clauses in agreements.

Agreements are often made with clauses inserted enforcing massive fines of percentages in contracts in case there is a breach. Many claims are also filed with the courts regarding the enforcement of these clauses.

The Supreme Court of the Maldives ruled in a case where a claimant was seeking fines of the payments regarding the sale of shares agreement. The claim read that the defendant had failed to pay the amount for the sale of shares even when the agreement stipulated period had lapsed. The share agreement was equivalent to USD 700,000 and imposed a ten percent fine for every day that the payment was delayed.

The claim was made towards an individual named Ahmed Janah Moosa Ali Manik and requested the court for the collection of a total of USD 5.26 million, including the fines and the share payments.

The Civil Court had also ruled in favor of Janah, whereby it refrained from ordering the payment of the massive fine but ordered the payment of USD 346,500 and the USD 700,000 fine.

In Thursday's ruling by the Supreme Court, Justice Aisha Shujoon and Justice Mahaz Ali Zahir ruled that in such matters, the amount stipulated in the contract for such a violation could be regarded as the liquidated damages in the form of a penalty clause. The ruling also read that such a clause for liquidation damages can only be enforced if the amount is equivalent to the damages inflicted due to the breach of the contract.

The court ruling also read that in relation to the enforcement of the clause, the courts should determine whether such a loss equivalent to the claimed amount could even be suffered and that if the compensation clause is a penalty clause, the clause cannot be enforced for compensation.

The ruling also read that this was the manner in which all well-established legal systems in the world followed. The ruling read that the courts only ordered the enforcement of compensation only after ensuring that the amount claimed is proportionate and that there are known damage caused to the claimant as a result of the breach of the contract, in matters of contract breach or violation

In other nations, if the enforcement of the compensation is under a penalty clause, the courts often reduced the amount if it is a disproportionate figure compared with the actual amount of losses suffered.

The clause cannot also be regarded as a penalty clause if the amount stipulated is exact and specific or was inserted for the purpose of keeping in line with the agreement.

If the penalty clause is inserted for the purpose of punishment, it is not mandatory for the courts to enforce the clause as per the agreement and the ruling also read that parties to such agreements could even delay submitting the matter to the court for the purpose of inflating the payments under such clauses as the payment for the payment and fines keep on increasing as the days go by. The ruling read that opportunities for such practices could become a norm if allowed.

Justice Shujoon and Justice Mahaz ruled that the agreement had a penalty clause and that the court cannot order the payment of any amount under the clause. Only the overdue USD 346,5000 could be ordered to be paid and the court ordered the amount to be cleared within a period of three months.