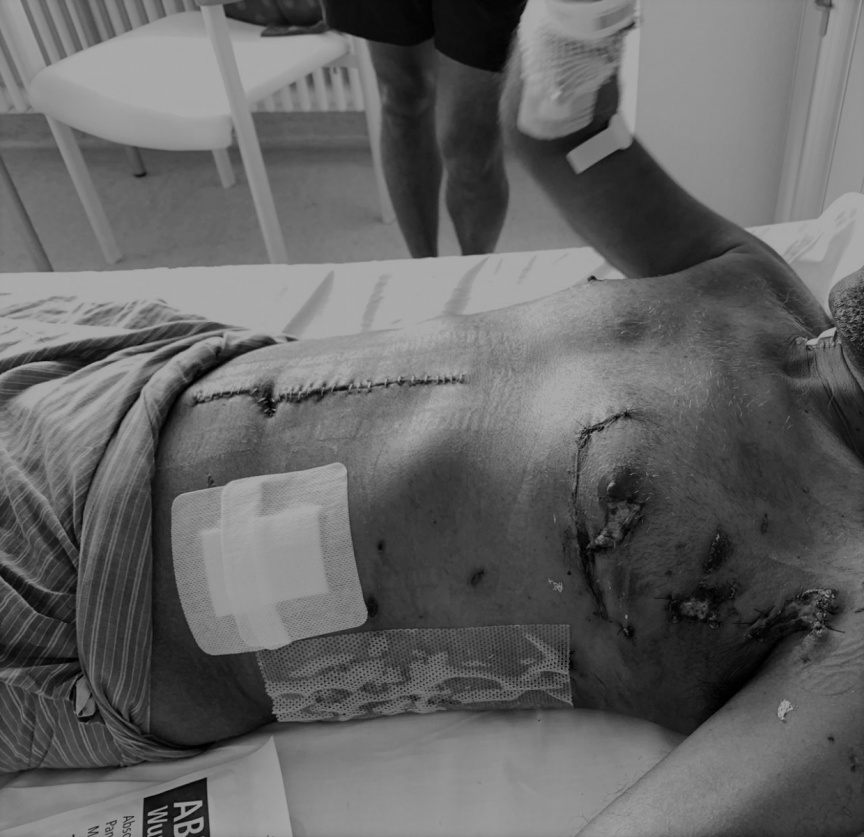 The family of Parliament Speaker, former President Mohamed Nasheed has released pictures which show the extent of injuries he sustained in a targeted terror attack last week.

A homemade remote-controlled IED was strapped to motorcycle parked nearby Nasheed’s residence, and was detonated at 08:27 pm on May 6, just as Nasheed, 53, exited his residence and went to get in his car. Nasheed was thrown to the ground and sustained multiple shrapnel wounds, while three members of his security detail and two bystanders sustained minor wounds.

He was rushed to ADK Hospital, where he underwent multiple lifesaving surgeries.

Ibrahim said he posted the pictures at his brother’s request.

He said that Nasheed sustained serious damage to his body, but his will has only gotten stronger.

Anni asked me to share these photos with wveryone. They are as they are. Damage to the body is serious, but I feel the will has got stronger. @MohamedNasheed pic.twitter.com/q66BkIvzpc

Nasheed was airlifted to Germany on Thursday where he is continuing his rehabilitation and recovery at a military hospital.

The police are treating the case as a targeted terror attack to assassinate Nasheed. They have made three arrests in connection to the case: Ahmed Adhuham Rasheed, 26, Hiyaa, GDh. Thinadhoo; Mujaz Ahmed, 21, Ma. Feyruge, K. Male’; and Thahmeen Ahmed, 32, Folheyma, GA. Kondey. Adhuham is believed to be the man who detonated the IED.

The Parliament, in a statement this Saturday, said that while Nasheed is recovering from his injuries, the threat to him and the entire Maldivian community from extremists remains real.

'Only thing to show for a statement is my body, heart'

'Take a good look at what is happening to this country'

'MDP lost Male’ City in LCE because of govt. policies'

Nasheed alleges his attackers are linked to ISIS

'Poll victories were possible only with extremist vote'

'Difficult to support gov. if no support for hate bill'