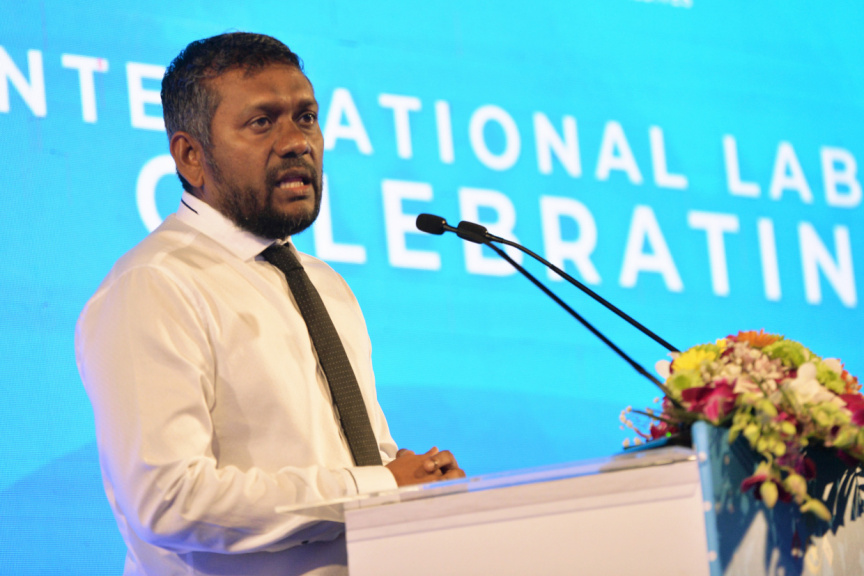 Economic Minister Fayyaz Ismail said on Monday that the Maldivian government has no plans of privatizing any government-operated airport.

Economic Ministry has been hit with criticism over a recent amendment to the foreign direct investment policy to allow 100 percent foreign-owned companies to invest in operation of airports in Maldives.

In a press conference on Monday night, Fayyaz said the government is merely reverting the foreign direct investment to its origin.

Fayyaz said that the opportunity to operate airports was open for 100 percent foreign-owned companies back during former President Abdulla Yameen Abdul Gayoom’s administration, and that it was the current administration with amended the foreign direct investment policy to reduce the share to 75 percent.

He said that the foreign direct investment policy was reverted back following some investors to allow 100 percent foreign-owned companies to operate airports as the government seeks investors for several planned airport development projects.

Fayyaz said the government has no intention of giving any shares in government-operated airports to a private company.

“There’s no intention of giving any airport operated by this government to India, or any other government, or a private company… If I were to stress this further, I swear by Almighty Allah we have no plan or intention of selling even a single share of one of our airports to India or any other party,” he said.

Fayyaz said that most of the airports are currently being run at a loss, but the government has no intention of privatizing those airports, either.

“Most of the airports are being run at a loss. We have no plans to privatize those either. Foreign investors have expressed interest in developing some of the new airport projects we have opened for tender. Those who have submitted their tenders are parties which already operate in Maldives in tourism-related fields,” he said.

The amendment states that USD 5 million needs to be invested within five years as the minimum initial investment.

According to the amendment to foreign direct investment policy, 100 percent foreign-owned companies can invest in operation and management of airports, airport and air traffic control activities, and ground service activities on airfields.

However, Fayyaz said earlier this Monday the amendment does not allow for the operation of air traffic control by foreign companies, and that the wordings of the amendment will be changed “to remove any misunderstandings”.

'Economy not strong enough for minimum wage to expats'

'Strides made to solve issue of undocumented migrants'