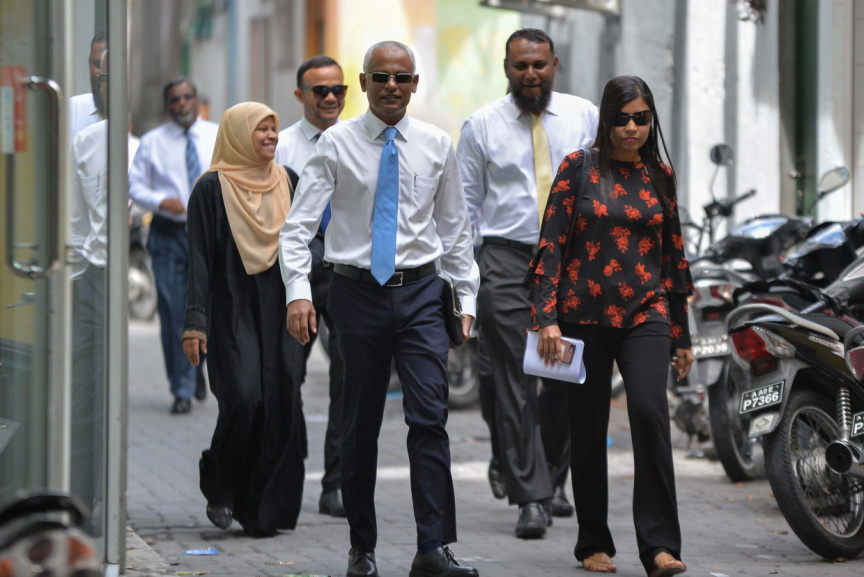 Addu Meedhoo MP Rozaina Adam has reiterated her support for President Ibrahim Mohamed Solih, describing him as a smart and effective leader who shines bright in Maldives’ chaotic political arena.

Rozaina told Sun that President Solih continues to show wisdom and patience to the entire world, even as politicians from him own party continue to challenge him, both directly and indirectly.

Rozaina said she had the opportunity to work with all political stars in Maldives, but found President Solih to be the wisest and most effective leader.

“He doesn’t speak unless its with proper thought. He works very realistically.  He is a patient and hardworking person who knows how to work well with others. He prioritizes the virtue of dialogue in everything,” she said.

Rozaina dismisses the allegation by several politicians of lack of cooperation from the government to capture the people behind the assassinate attempt on Parliament Speaker and MDP leader, former President Mohamed Nasheed in May.

She said that the chair of Parliament’s Security Services Committee, Mohamed Aslam has stated the government is providing its full support to the investigation.

“They are doing everything necessary to get this done. President Nasheed himself knows this. Aslam, too, said everything is going well. That there are no issues. That no one is trying to hide anything. That they received all the information they needed. So, what are they saying?” asked Rozaina.

She said that President Solih is working tirelessly to revive the Maldivian economy and fulfil his pledges, as the world grapples with the economic implications of the COVID-19 pandemic.

Rozaina said she does not believe President Solih is receiving sufficient support from the 65 government parliamentarians to fulfil his pledges.

She described President Solih as a person of integrity who prioritizes the interests of the nation and the Maldivian people above his personal interests.

Rozaina said the President Solih’s patience and perseverance in face of challenges from within his own party is increasing his popularity and bolstering the public’s confidence in him.

'A parliamentary system is not suitable for Maldives'

Police: May 6 blast suspects have no direct links to IS