Shuaib, expelled from MDP, threats to go to court if denied justice 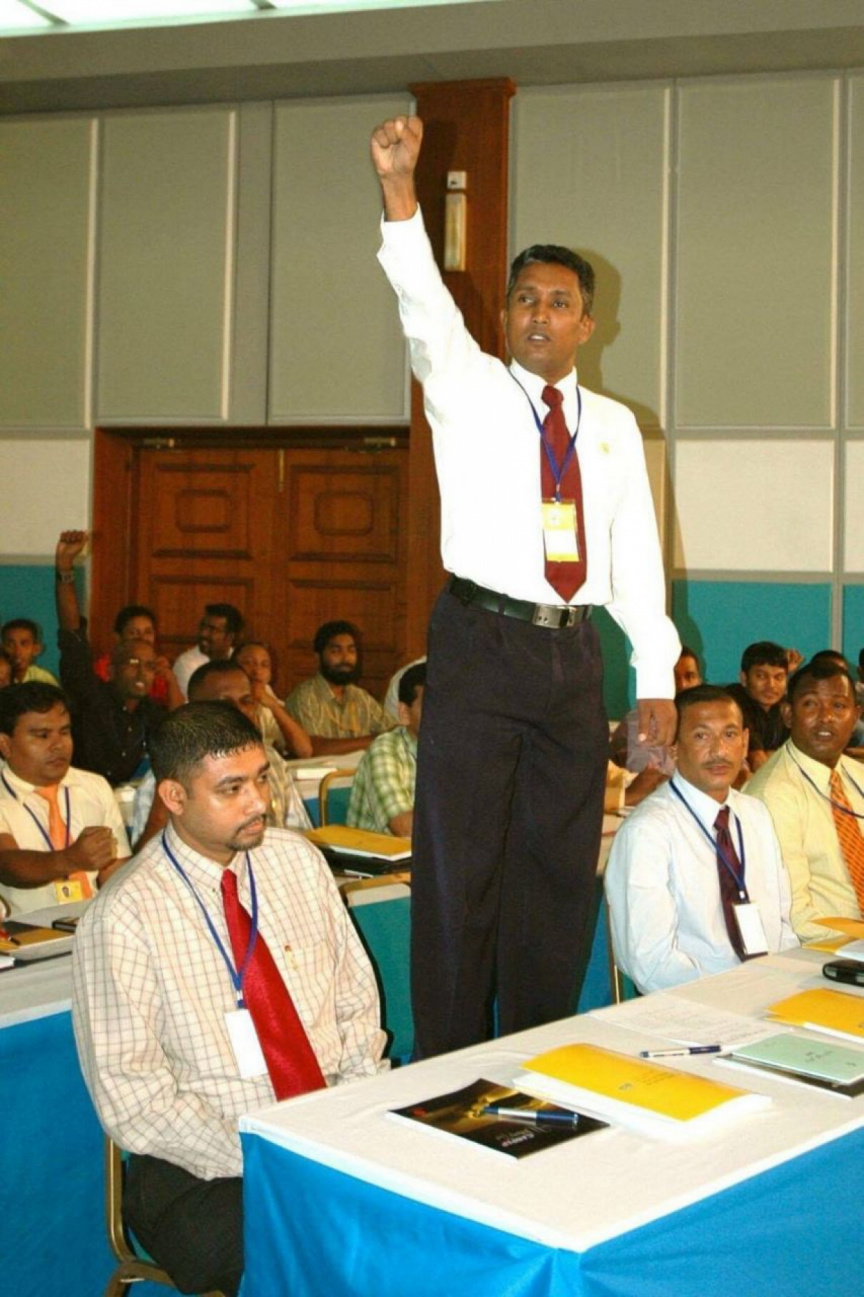 Shuaib Ali (Furahani Shuaib), one of the founding members of ruling Maldivian Democratic Party (MDP), has threatened to go to court if he is denied justice by the MDP Council of Appeals Judges over his expulsion from the party.

Shuaib, who was placed under suspension by MDP’s Disciplinary Committee last year, was recently expelled from the party. He has announced he intends to contest the decision with the Council of Appeals Judges.

Shuaib told Sun on Monday morning that he hopes for justice during the appeal process.

Shuaib, who played a key role in the founding of MDP, Maldives’ first political party, said he believes he was expelled in violation of the party’s policies.

He said that his case is one of the biggest cases to be submitted to the Council of Appeals Judges, and that he is confident he will receive justice.

“I am confident I will win. Because the Council of Appeals Judges have ruled in favor of some members expelled by the Disciplinary Committee. For example, when Jabir was expelled, they ruled in favor of him. If this doesn’t work, next is the court process,” he said.

Shuaib said he was expelled from MDP based on the allegation he worked against the party during the Local Council Elections earlier this year, and the allegation he made cartoon caricatures of President Ibrahim Mohamed Solih and MDP leader, former President Mohamed Nasheed and shared them on social media.

MDP staffers fear for their safety, ask police for help

MDP: Past 3 years have brought an end to abuses

Mahloof's oust from MDP elections to be reviewed again

'Will not tolerate undue influence on judges'

Active cases at Thakandhoo increases to 35