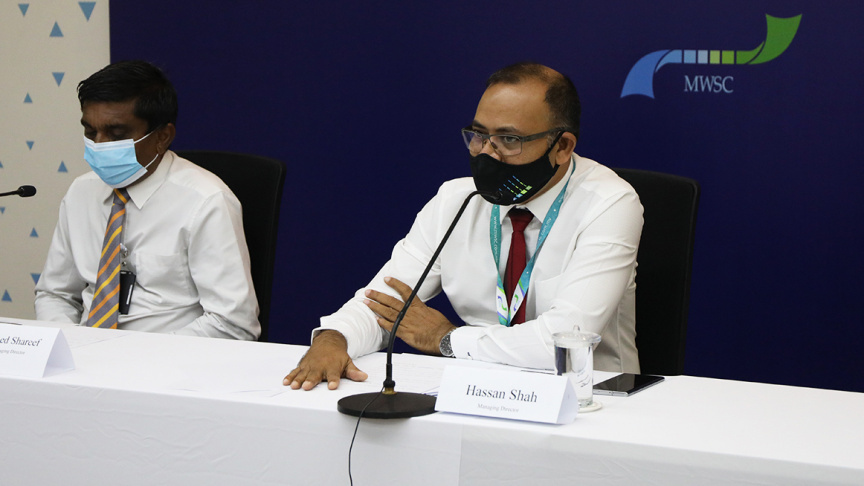 Male’ Water and Sewerage Company (MWSC)’s Managing Director Hassan Shah states that clearing out and reopening a street in Male’ City closed for the company’s needs as instructed by the Male’ City Council will disrupt water services to the Maldivian capital.

Shah told Sun on Thursday that the Male’ City Council, in a letter last Sunday, ordered the reopening of a street which was closed with permission from Male’ City Mayor Dr. Mohamed Muizzu back when he had served as Housing Minister during the previous administration.

The street in question is Nikagas Hingun and Falhumathee Magu – which lies between the MWSC building and the Aasaharaa Cemetery. Male’ City Council has instructed MWSC to clear its property and reopen the street within one month.

However, Shah said MWSC is unable to make such a sudden change given the purpose the street serves.

Shah said the street was developed at the instructions of Maldives National Defense Force (MNDF) as part of preventive measures rolled out following the fire at MWSC back in 2015. He said the street has MNDF’s fire safety equipment as well as a fuel reserve to produce water.

He said that clearing out the street will therefore lead to disruptions in water production and supply in Male’ City.

Shah added that disruptions to water production will also lead to a drop in water pressure, inconveniencing the residents of Male’.

Male’ City Council has also been invited for a tour of the location.

MWSC to introduce TaZa in glass bottles in October