Area in Male’ to be developed as modern street food spot 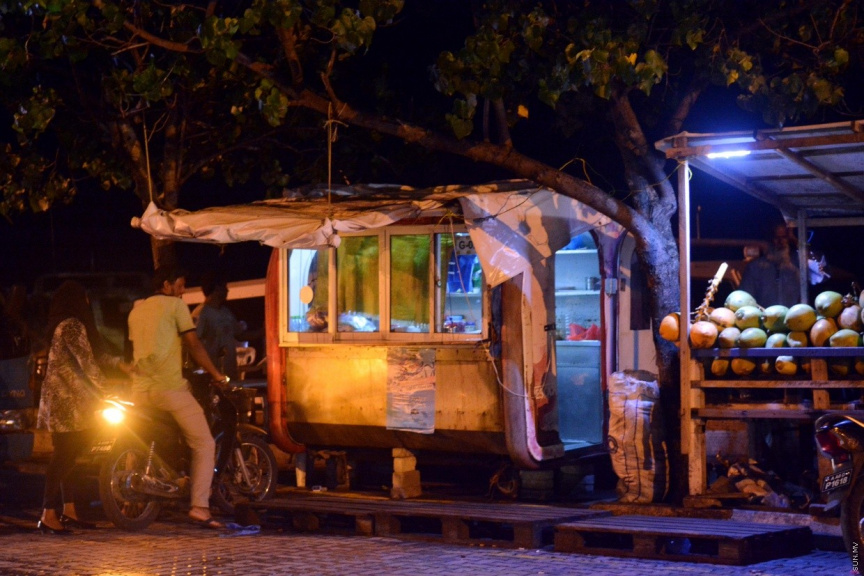 A food cart in a street in Male' City. (Sun Photo)

Male’ City Council states it is discussing developing the area to the east of Dharubaaruge based on a modern street food concept.

In a meeting with residents of Henveiru district on Saturday night, Male’ City Mayor Dr. Mohamed Muizzu noted there is currently no area in the capital designated for street food.

“Previously it was just simply called carts. But we plan on establishing a street food concept the likes of which are seen in developed cities, and which can be run to standards acceptable by relevant health authorities,” he said.

Muizzu said the area will become a spot where people can relax and spend quality time with friends and family.

He said the project will also offer new opportunities for women and youth.

“It offers the youth and others the opportunity to enter this business. I believe the youth are a valuable national asset with lots of potential,” he said.

The city council, during its meeting with residents of Henveiru district, discussed and sought public opinion on a number of initiatives.

Male' City Council to get a special constabulary force

City Council drops off waste in front of WAMCO's gates

Two injured in fire extinguisher explosion at a godown