Agreement pertaining to Thilamale' bridge has been signed 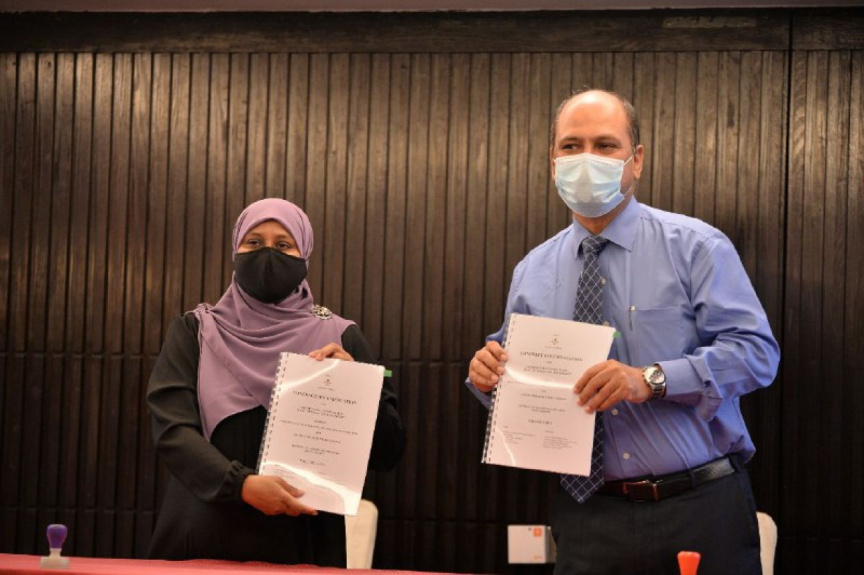 A capture from the ceremony held to sign the agreement pertaining to Thilamale' bridge on August 26, 2021. (Sun Photo/Fayaz Moosa)

The Government of Maldives and India’s Afcons Infrastructure Limited has signed the agreement pertaining to the Thilamale’ bridge – the bridge to be built between the industrial island of Thilafushi and Male' City, which will also see the connection of the Maldivian capital with Vilimale' and Gulhifalhu.

The bridge project is being funded by a loan of USD 400 million from India's Exim Bank. Loan repayment is set to commence five years after the completion of the project.

The agreement pertaining to the project was signed during a special ceremony held this morning at Hotel Jen. Permanent Secretary at Planning Ministry Zeeniya Ahmed Hameed signed the agreement on behalf of the Government – whereas the Managing Director of Afcons signed on behalf of the company.

This is the biggest infrastructure development project in the Maldives yet – and is part of the larger Greater Male’ Connectivity Project – which will see the already connected Hulhumale', Hulhule, and Male' City fully connected by land with Vilimale', Gulhifalhu, and Thilafushi.

Visualization of the bridge project was unveiled yesterday – ahead of the agreement signing.

Work under the bridge project will include the construction of a 6.7-kilometer-long bridge along with a causeway link. According to the High Commission of India in the Maldives, the main bridges to be built between the islands are expected to measure at around 140 kilometers each.

A bus terminal will also be established at the bridge junction of each island.

Zihan proceeds trial without a lawyer