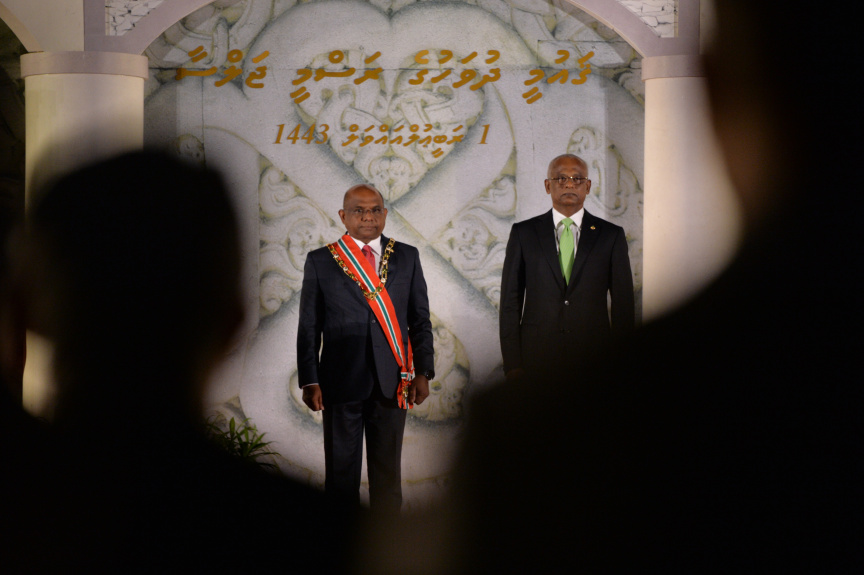 President of the 76th Session of the United Nations General Assembly (PGA), Maldivian Foreign Minister Abdulla Shahid has been conferred the Order of the Distinguished Rule of Izzuddin by President Ibrahim Mohamed Solih.

Shahid was presented with the laurels during a special ceremony held tonight at Republic Square to mark this year’s National Day.

Dedicated to Al- Sultan-ul-Ghazi Hassan Izzuddhin Siri Kularanbeema Kahthiri Bavana Maharadhun – the Order of the Distinguished Rule of Izzuddin is an honor conferred upon individuals by the government to acknowledge their national or international services.

Accepting the laurels – Shahid thanked President Solih. He also added that he had been bestowed the honor due to the love he has for his nation.

The most notable services provided by Shahid during these years included the expansion of the Maldives' diplomatic footprint around the world, which included the establishment of embassies in the United States, China, Japan, Saudi Arabia, the United Arab Emirates, Bangladesh, Pakistan, and Singapore.

When President Solih was sworn into office in 2018 – Shahid was appointed as the Foreign Minister for a second time, following which he did tremendous work to make Maldives trustworthy, respected and effective in the international sphere. In this regard, re-establishing relations with states with whom relations were previously terminated and worked on establishing bilateral relations with new countries is particularly noted.

Shahid was sworn in as the President of the 76th Session of UNGA on September 14.