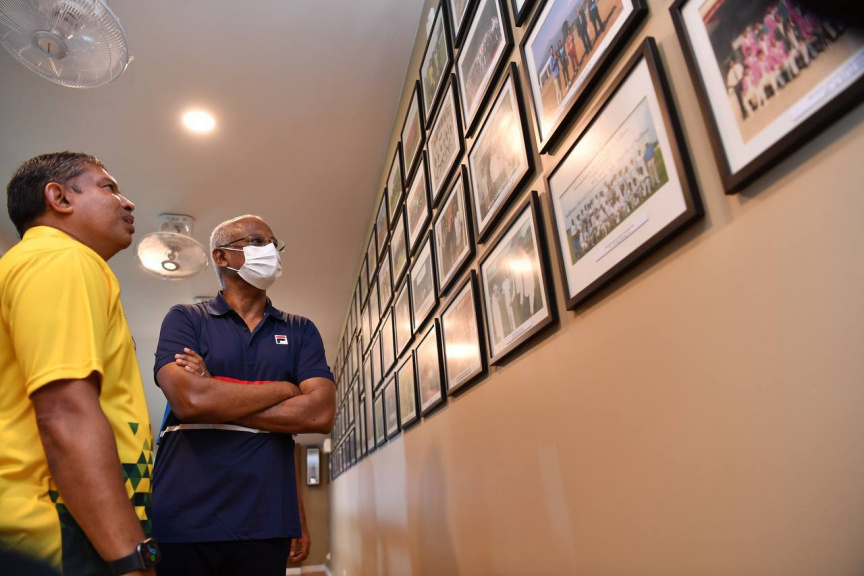 The player’s lounge was developed by the oldest cricket academy, Milan CA and donated to the CBM.

President Solih and VP Faisal were given a tour of the lounge, and presented with copies of the ‘Hithaai Roohun Kulheyshe Cricket’ logo – which translates to ‘Play Cricket with Heart and Soul’.

Both teams comprised of veteran and current cricket players as well as top cricket officials.

President Solih urges all citizens to get booster shot

Parliament consideration to be sought to join OACPS