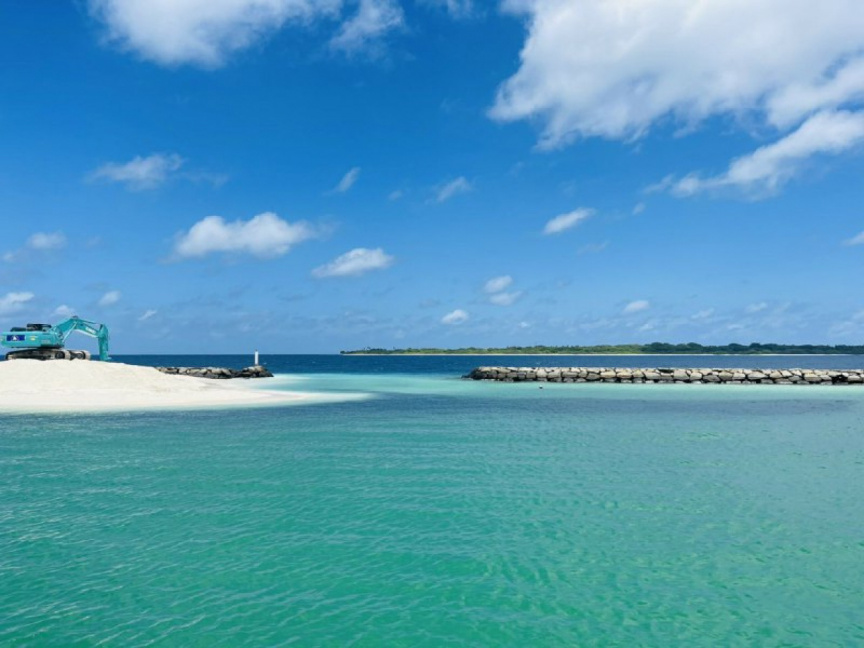 R. Kinolhas harbor channel which was blocked by the formation of a sandpit in the area – has been dredged to a point where vessels can now travel in and out of the island.

A team from Maldives Transport and Contracting Company (MTCC) had traveled to fix the harbor blockage last Sunday.

The company detailed that vessels will now be able to travel in and out the island – as the harbor channel had been dredged to allow that.

Kinolhas Council President Ahmed Hussain told Sun that to fix the harbor problems faced at Kinadhoo – the first thing done was to dredge and remove the sand accumulated at the channel, as a temporary fix. However, he stressed that it would take about six months to permanently fix the issues.

“The government has now contracted MTCC for the renovation and the expansion of the harbor. It has been informed that these works will also be carried out this time around as well,” he had said.

Ahmed Hussain further said that the Council had opened the bid for the harbor project following the completion of its design – twice this year; once in March and once in July. None of the bidders were successful in their proposals consequent to which the Planning Ministry had granted the project to MTCC under a direct award.

“It is expected that the project will take over six months to finish. When complete – the harbor will be expanded by an area of 350 hectares,” he added.

Ahmed Hussain also detailed that work under the project will involve the installation of revetment and shore protection measures as well.