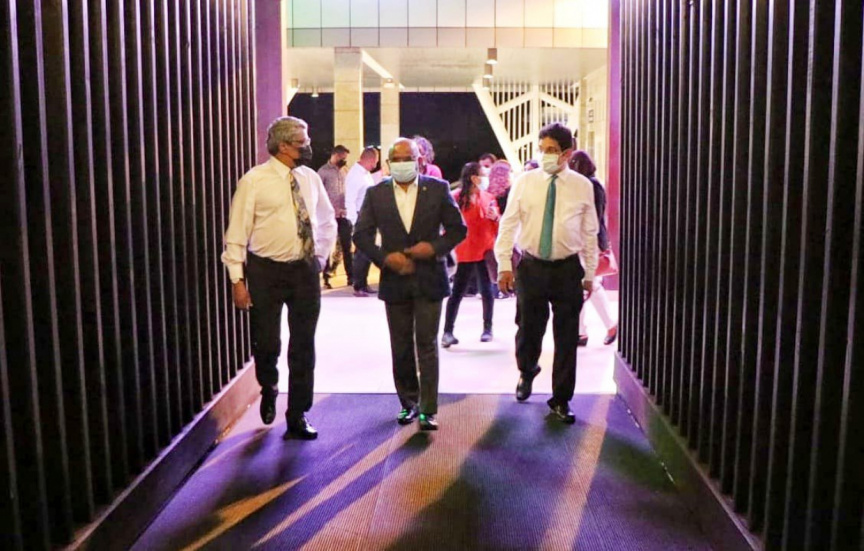 President of the 76th Session of the United Nations General Assembly (PGA), Maldivian Foreign Minister Abdulla Shahid has returned to New York – after concluding his official trip as the PGA.

Shahid had visited the Maldives, United Arab Emirates (UAE) and Serbia as part of his official trip as the PGA.

Shahid was also conferred the Order of the Distinguished Rule of Izzuddin by President Solih during the special ceremony held to mark this year’s National Day.

In his trip to UAE – Shahid took part in the ongoing Dubai Expo, where he spoke on the threats faced by small island nations such as the Maldives due to climate change.

During his trip to Serbia – Shahid had called on Serbia’s President Aleksandar Vučić, female leaders of civil societies and the President of the 67th Session of the United Nations General Assembly Vuk Jeremić.

He also met with the President of the National Assembly of Serbia and the Deputy Prime Minister of Serbia.

Sexual abuse of a minor at a nothern island surfaces