Nasheed: Airport given to GMR to double Maldives’ economic growth 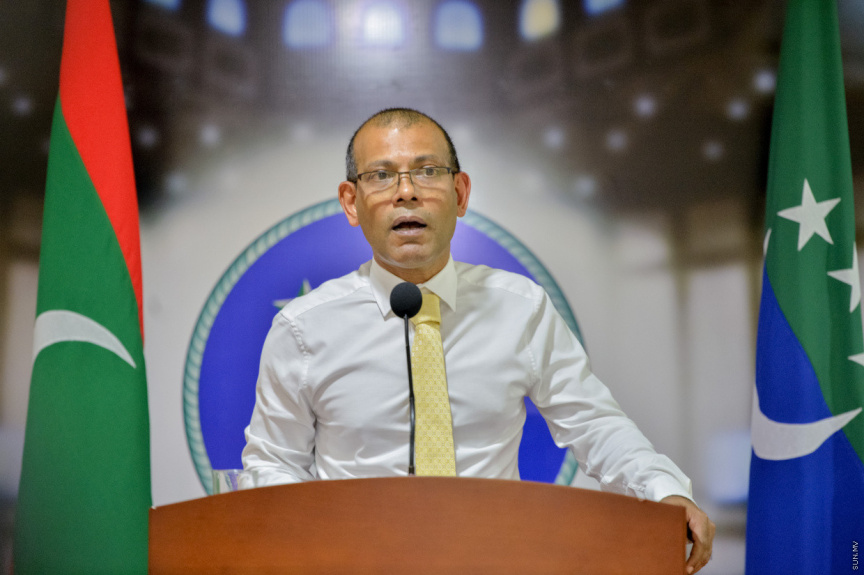 Parliament Speaker, former President Mohamed Nasheed states that India’s GMR was handed over the management of Velana International Airport (VIA) during his administration with the goal of doubling Maldives’ economic growth.

In a series of tweets last Sunday, Nasheed described the decision to seize VIA from GMR as a loss to the Maldivian economy.

“The seizure of Velana International Airport from GMR and the government having to pay compensation is indebting the people. If the airport had been developed in accordance with the original plan, the burden the people bear today, and the economic burden, would be less,” he said.

Maldives had to pay USD 270 million as compensation for wrongful termination of the contract.

Ameer described the termination of the GMR contract as the greatest economic crime in Maldivian history.

Ameer’s comments were criticized by PNC deputy leader, MP Adam Shareef Umar, who said that only government incapable of sustainable economic growth attempt to sell off the country’s assets.

Nasheed: Sudden income rise to cover debt is a fantasy

Nasheed departs to Scotland to take part in COP26