HPA: An influenza outbreak is possible as the situation stands 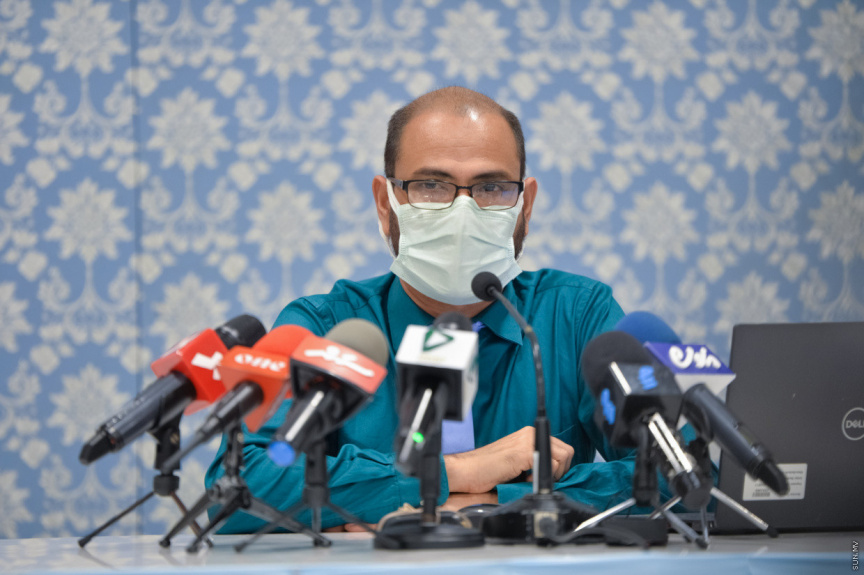 In light of the increased cases of influenza being recorded starting from September – Health Protection Agency (HPA) has stated that as the situation stands - with cases on the continuous rise – there is a possibility for an outbreak.

Speaking at a press conference held by HPA and Health Ministry today to brief the media on the current situation with respect to COVID-19 and influenza – HPA's Dr. Ibrahim Afzal said that cases of influenza have been increasing starting from yesterday, whereas the trend has continued onto this month as well.

“As the situation stands, there is a possibility of an influenza outbreak. Before we reach this stage – it is important to take precautionary measures,” he had said.

Noting that adults between the age of 18 to 45 spend a lot of time in public, Afzal urged them to cut down the time they spend outside – as chances of others contracting the disease from them are more likely.

He further noted that the most common type of influenza found in the Maldives is ‘Influenza A’.

He added that from all the samples taken – 41 percent had come back positive.

It was also noted that both genders have contracted the disease equally – making the chances of contracting the disease irrelevant based on gender.

Speaking regarding COVID-19 – Afzal said the cases being recorded have significantly decreased in this month.

“Both diseases are spread through the lungs. As a precautionary measure – it is important to seek medical attention immediately if one is exhibiting symptoms of a cold, fever or coughing; especially if they are children below the age of five, or elderly people above the age 65, on long-term medication for a disease, immunocompromised or pregnant,” Afzal added.

Afzal further urged those who may be exhibiting symptoms that live in the Greater Male’ Area to go to flu clinics established at IGMH and ADK – instead of the main buildings in order to limit the number of persons they come in contact with.

Vaccination for COVID-19, wearing masks and frequently washings hands have also been urged.

12 islands under monitoring mechanisms at present

Travel from Male' without PCR test OK'd for next 2 days