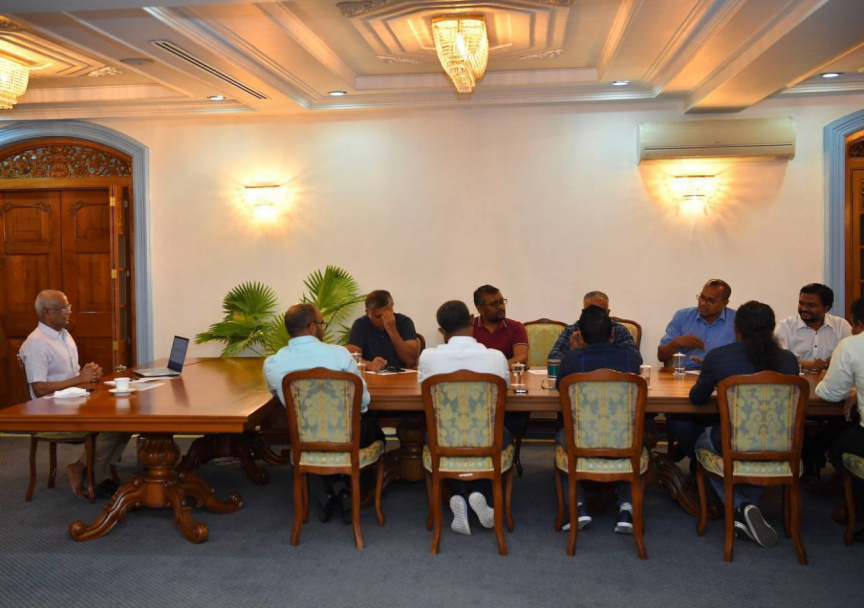 President Ibrahim Mohamed Solih has sought counsel from MDP parliamentarians regarding the projected state budget for 2022, which is being readied for submission to the Parliament.

The President concluded serial discussions with parliamentarians from the main government coalition partner MDP regarding the 2022 budget on Tuesday.

The Parliament passed an MVR 34.79 billion budget this year, with a projected income and grants of MVR 17.79 - meaning a deficit of MVR 15.50 billion.

The amendment was made following discussions with Finance Ministry.