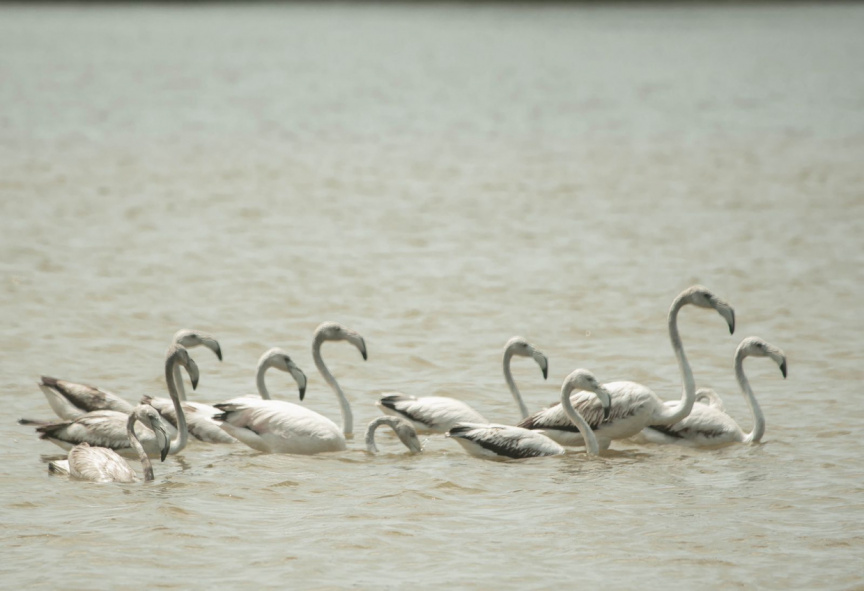 A flock of flamingos in the mangrove lake in Kulhudhuffushi City. (Photo/Ahmed Abdul Rahman)

Environmental Protection Agency (EPA) states police have found one of the people who illegally captured one of flamingos which have made its way to Maldives in recent days as they migrate for winter.

EPA’s Director General Ibrahim Naeem told Sun on Thursday morning that authorities have found a person who illegally captured and attempted to sell a flamingo, as well as the flamingo itself.

The flamingo was found kept in HA. Baarah.

Naeem said that EPA will take action against the person who captured the flamingo following an investigation.

Illegal capture of migratory birds is punishable with fines.

The flamingo was found with clipped wings, and is no longer able to fly away and continue the migratory journey with the rest of the flock.

“The flamingo will be rehabilitated under state custody. We have decided to look after the bird until its winds grow and its able to fly on its own,” he said.

Naeem said EPA has received multiple cases involving abuse of migratory birds, and is investigating such cases in collaboration with local councils and police.

EPA has thanked the police for their continued support and quick action, and has urged the public against capturing migratory birds, which the agency expects to continue to visit Maldives in the coming days.

Ship that went aground at Rasfari pays USD 10M fine

EPA probes dumping of waste into the sea by a resort