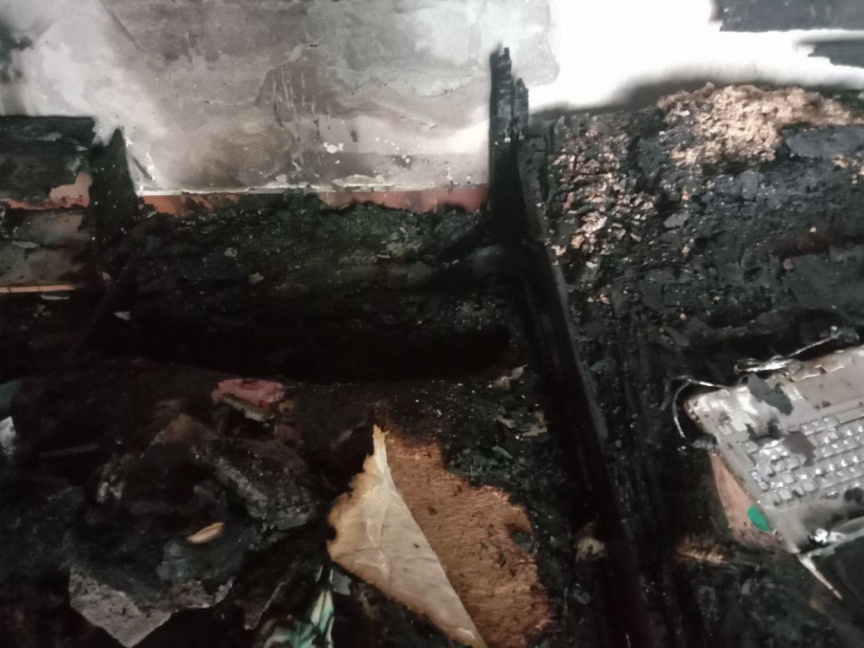 Inside of the one-room apartment at a house called 'Vanavaru' in Fuvahmulah City which burned down in a fire on November 11, 2021. (Photo/Owner of the house)

The owner of the house at which a fire broke out in one of its apartments at Fuvahmulah City yesterday has stated that damages resulting from the fire are estimated at around MVR 200,000.

A fire broke out in a separately constructed one-room apartment with a kitchen at a house called ‘Vanavaru’ in Hoadhangu district at Fuvahmulah City yesterday morning.

At the time of the incident – the apartment was leased to an Indian teacher who teaches at Fuvahmulah School.

Owner of the house, Khalid Ibrahim told Sun that the room in the apartment has been burnt beyond use in the fire. He added that it was a recently built, quality apartment

“The cement on the walls had come off. Ceiling burned down. Two cupboards and two beds in the room also burned down. A laptop worth MVR 20,000 also burned. The teacher’s suitcases also burnt. So did the clothes,” he detailed.

Khalid said that it was too early to precisely say the amount of money incurred as losses due to the fire. However, he noted that efforts were underway to calculate the damages.

A fire also broke out at a home in Male’ City yesterday. The fire broke out in a room on the 1st floor of a house called ‘G. Noovilu’. By the time the fire was controlled – the room along with the items in it was badly burned.