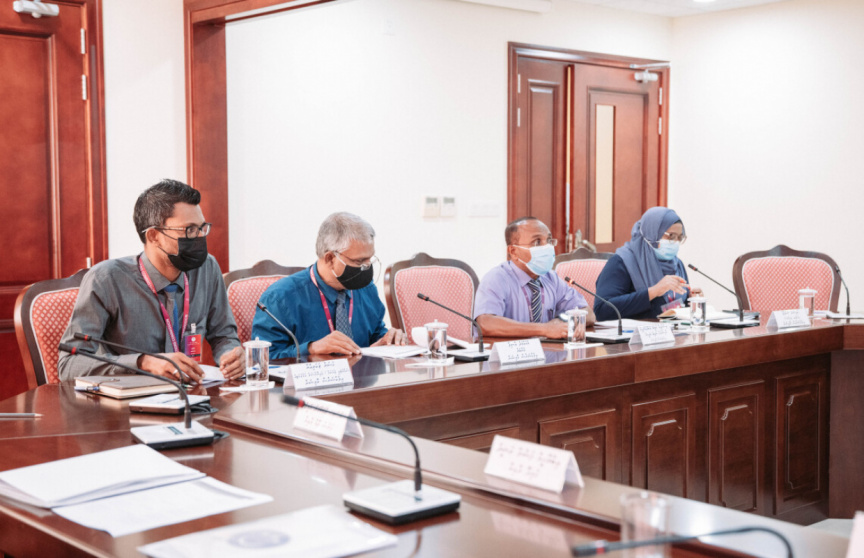 EC made the remark during a meeting with the Parliament’s Budget Committee on Sunday.

Sharing concerns over the 2022 state budget, EC’s vice chairman Ismail Habeeb Abdul Raheem said that though the commission’s regulations dictate that employees should be given promotions based on their performance, no employee has been given a promotion in eight years.

“It’s not that we aren’t giving promotions. We conduct appraisals of employees and send requests to Finance Ministry noting they are entitled to promotions. But we don’t receive approval from the ministry,” he said.

Habeeb said that EC’s employees, unlike employees of other institutions, receive the civil servants as basic salary.

It is evident from the budget itself, he said.

EC had shared the same concerns during the review of the 2021 state budget.

Habeeb said that the Parliament’s Independent Institutions Committee had provided assurance the issue would be remedied in July this year, but later informed the commission after discussion with the Finance Ministry that it wasn’t possible.

“We face new elections again without a salary increment. Looking into this, we found we haven’t been able to do anything to motivate our employees,” he said.

Habeeb asked for an allowance to employees to remedy the issue.

“It is our strong request that commission’s employees are given the daily allowance given to the parliament’s employees. We find its very important in order to ensure employees conduct work on elections with dedication and improve attendance,” he said.

Habeeb said that in addition to being denied salary increment, Finance Ministry also hadn’t approved appointments to new positions since 2013. He said that EC recently received approval to hire a graffics designer for the first time in eight years.

“We need only MVR 700,000 to give the promotions the employees are entitled to. And then it will take MVR 2 million more for daily allowance,” he said.

Habeeb said that 88 percent of the MVR 28 million budgeted for EC is on recurrent expenditure such as salary and utility.

“12 percent is to conduct the things within the commission’s mandate,” he said.

EC: Komandoo by-election will go ahead as scheduled

Komandoo by-election to be held in February