A special constabulary force to be arranged for Male’ City Council 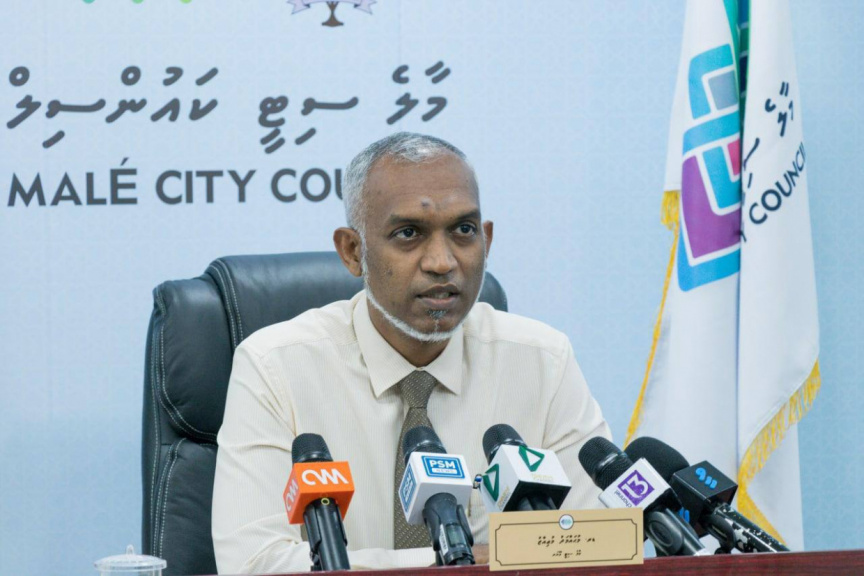 Male’ City Mayor Dr. Mohamed Muizzu has revealed that a special constabulary force is to be arranged for Male’ City Council.

Trained by the Police, a special constabulary force is usually utilized to monitor the security of government institutions.

In a press conference held by Male’ City Council today, Mayor Muizzu said that it has been decided that a special constabulary force will be arranged for Male’ City Council – regarding which they are gearing up to sign an agreement with Maldives Police Service.

He further detailed that the members of the force will be paid by the City Council. In addition to this, Mayor Muizzu the force will be tasked with patrolling the greater Male’ area – by dividing the six districts into zones.

“To patrol Male’ area as per City Council’s directions. To ensure that the people adhere to societal norms. For example, punishing who litters on the street at the moment itself, or stopping them. To stop them rather than punishing them, preferably,” he explained.

Mayor Muizzu said that in addition to littering issues, the force will also monitor for matters such as parking violations, contempt of mosques and other types of disorderly conduct in public places.

Speaking further at the press conference, Mayor Muizzu said that efforts were underway to renovate 42 mosques in Male’ City prior to next year’s month of Ramadan, with the cooperation of the public.

In addition to this, he also noted that multi-use parking buildings will be established as well.

Mayor Muizzu stressed that the Council will do everything in their capability to further develop Male’ City, in collaboration with its people.