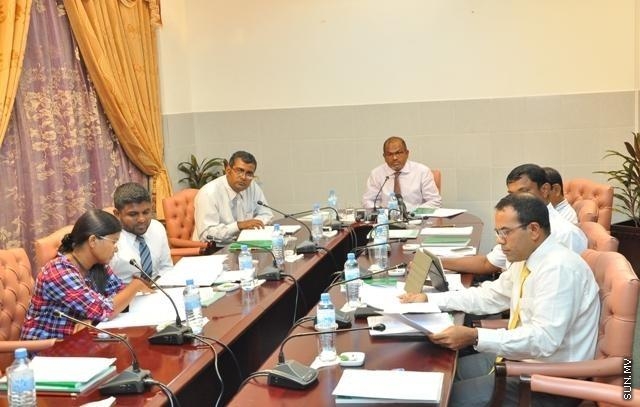 Parliament Public Accounts Committee has commenced investigations on failure by authorities to recover misappropriated funds in relation to cases highlighted in audit reports.

Committee Chairperson Dhiggaru MP Ahmed Nazim said at a meeting held today, that committee members would like to request Attorney General Aishath Azima Shakoor to clarify the failure to take action regarding the issues highlighted in the Auditor General’s reports. Nazim said that a letter will be sent to the attorney general regarding the failure by the state to recover misappropriated funds.

Maduvvari MP Visam Ali noted that government offices do not correct issues related to how funds are managed, even after repeatedly being advised to do so in audit reports.

Bilehdhoo MP Ahmed Hamza said that if the issues mentioned in the audit reports are to be implemented, the first would be to recover the funds misappropriated during the presidency of former President Maumoon Abdul Gayoom. He said that the failure to recover those funds and take action against those cases should be investigated.