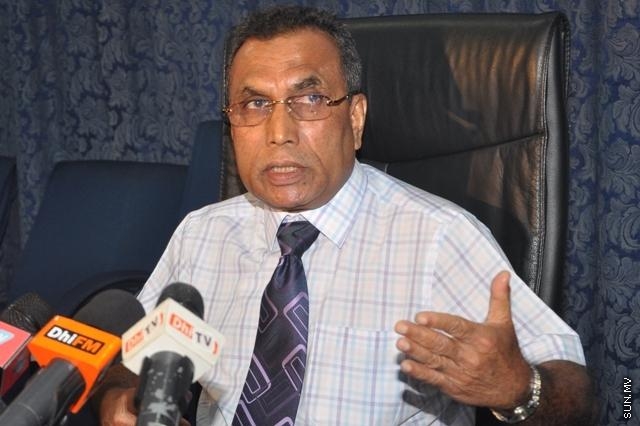 The 2011 Home Ministry Audit Report shows that the Ministry has spent more than one million rufiyaa against the regulation in 2011.

The amount sums up to a total of MVR 1,030,934, while Hassan Afeef was Home Minister, during Nasheed’s presidency.

Auditor General’s 2011 Home Ministry Audit Report states that the Ministry had awarded a number of projects without announcements, in violation of the Public Finance Regulation. The report shows an amount of MVR 86,329 was spent on the preparation of Dharubaaruge, an amount of MVR 75,000 was spent for music and Boduberu program, an amount of MVR 36,225 was spent on setting up a sound system for a president’s speech, all without prior announcement to find a suitable party. With regard to this issue, the Auditor General advices that proper action be taken against the parties who have violated the regulation.

The report also highlights that in 2011, an amount of MVR 12,548 of the Ministry’s funds were utilized, without proper authorization from the Finance Ministry, to host a Ramadan break-fast was its employees. The Ministry also allowed the purchase of different attires for employees partaking in functions hosted by the Ministry. The report states that an amount MVR 64,000 was spent on attire allowance for employees for National Day and Independence Day celebrations.

The 2011 Home Ministry Audit Report also highlighted discrepancies in expenditures made from the Department of Immigration and Emigration, which functions under the Home Ministry. The report stated that the construction of the boundary wall of Hulhumale’ Detention Centre was awarded without proper announcements and that that the repair work of eastern section of Ghazee building ground floor was awarded in contradiction to the Public Finance Regulation. It also highlighted that the Ministry department employees uniforms was also awarded to be sewed, in violation of the Public Finance Act.

Further discrepancies include awarding the Controller of Immigration an amount of MVR 26,729 for his phone bill, awarding 10 employees of the department an amount of MVR 48,032 in excess to the dedicated amount for salaries and allowance, while another three employees received MVR 2,392 less than the amount deserved.

The issues highlighted in the report pertaining to the Department of Penitentiary and Rehabilitation Service (DPRS) include the utilization of funds of amount MVR 617,257 in contradiction to the shift-duty guidelines declared by the Civil Service Commission, a total of MVR 56,123 awarded to employees in excess to their salary and an amount of MVR 3,473 was withheld from two employees who deserve the amount. The report also states that capital goods were not properly maintained and that the contraband confiscated from inmates were not properly recorded and that an amount of MVR 8,691.26 were unaccounted for from the DPRS safe. The report also notes that businesses were conducted by utilizing the government funds, without proper authority.

With regard to the Police department, the 2011 Home Ministry Audit Report stated that an amount of MVR 8,317,000 was utilized in excess to the budget granted and that and amount of MVR 13,092 was spent on police officers who had gone abroad for studies on pay-leave and scholarships, after the government stopped financial support to government employees studying abroad.