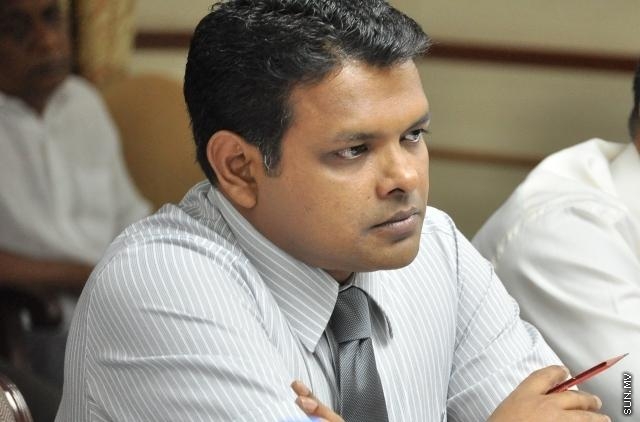 Former Legal Reform Minister, Kulhudhuffushi-South MP Mohamed Nasheed has said that peace journalism needs to be introduced in the Maldives in order to prevent the dangers being faced by local media and journalists.

Nasheed said this in an interview with Sun Online today. He stressed the importance of presenting the similarities - instead of focusing on the differences - between politicians when news related to them are covered.

Nasheed said that the level of rivalry, anger and hatred that exists in our society is too much for people to endure, and that for this reason, peaceful journalism needs to be introduced in the country.

He said that the people of Maldives have suffered due to this rivalry, anger and hatred for seven years, and that it needs to be brought to an end.

Nasheed said that local media has been influenced by politics to a great degree, and that journalists are often made to quote chosen parts of people’s speeches. He said that this influence could go on for some time, but it will eventually have to come to an end.

“Journalists are exploited by politicians to a great extent. Political leaders prepare quotations the way that they want it to be published or headlined. And some politicians say fancy things because they know those remarks will make headlines. This causes animosity among people and creates unnecessary problems in the political scene. There is a limit even to political influence. There is a limit to how much journalists can be exploited to obtain political advantages. If all journalists unite and establish certain policies, politicians will have no choice but to follow those policies. Then, if they want to involve journalists, they would have to follow the journalists’ rules. Once journalists unite and establish certain policies, they will no longer act according to politicians’ every demand,” he said.

Nasheed said that the present situation faced by local media and journalists is a result of failure to establish due media policies during the fight for freedom of media, and the lack of an authority and efforts to penalise journalists who violate the existing rules.

PPM will not faction even if Ilyas competes in the primary: Yameen