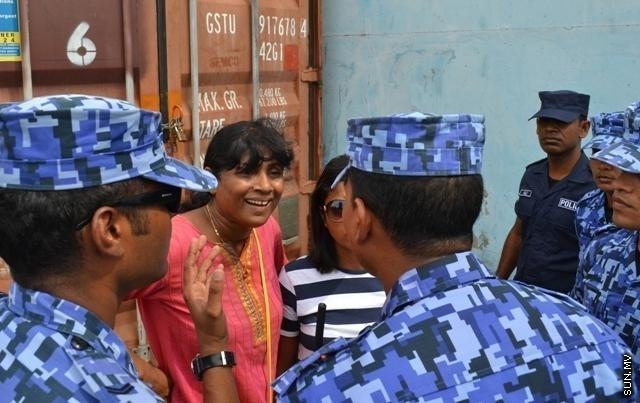 A man has been arrested under suspicion of assaulting Mahchangolhi-North MP Mariya Ahmed Didi during the unrest that took place on the day the government changed.

Police Media Official Hassan Haneef said that the person arrested under suspicion of assaulting Mariya Didi on 7 February 2012 is a 26 year old male.

Haneef said that the arrest was made on 4 March 2013 after investigation of the videos related to the unrest on 7 February 2012.

It is not yet clear for how long the suspect’s detention period has been extended.

This is the first arrest made in relation to Mariya Didi being assaulted on the day the government changed.

The police institution has been criticised for failing to investigate several incidents that took place on 7 and 8 February 2012.

Eighty two people have been taken into custody due to unrest: Police