Hoara Ibbe says he has married the young girl 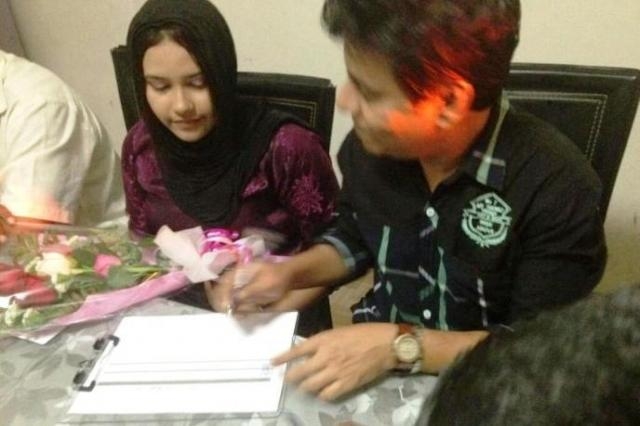 Ibrahim Rasheed (Hoara Ibbe), an Under Secretary at the President’s Office during former President Nasheed’s administration who was recently charged with sexual misconduct, has said that he has married the young girl with whom he has been accused of having sexual relations.

Ibrahim Rasheed told Sun today that he has married the girl, but failed to mention where the marriage was registered or when the marriage took place.

“I have married,” Hoara Ibbe said, showing the girl to the journalists.

Police arrested Ibrahim Rasheed on 6 December from a house named G. Maavasge located in the alleyway in front Olympus. They said that he was found naked with a 17 year old girl at the time of arrest. The girl was also arrested along with Ibrahim Rasheed.

He has been charged under article 3 (c) of the act on extraordinary standards governing the penalties for those who sexually abuse children.

Article 3 (a) of the act states that it is a crime to touch a minor under sexual intentions.

Article 3 (b) of the act states that if a man is convicted of such a crime, the sentence will be imprisonment for a period of 10 to 14 years.