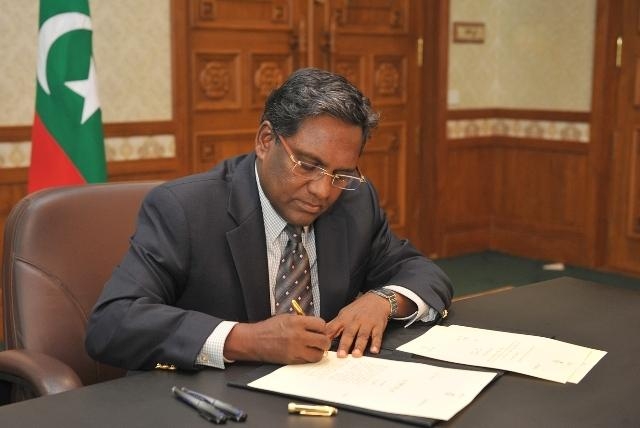 President’s Office has revealed today that President Dr. Mohamed Waheed Hassan Manik will ratify the Political Party Bill and People’s Majlis Privileges and Powers Bill at 1 pm this afternoon. The two bills were passed by the Parliament on 5th of March 2013, on the Parliament’s second session for the first term of year 2013.

The President is to speak to the press after signing the bills.