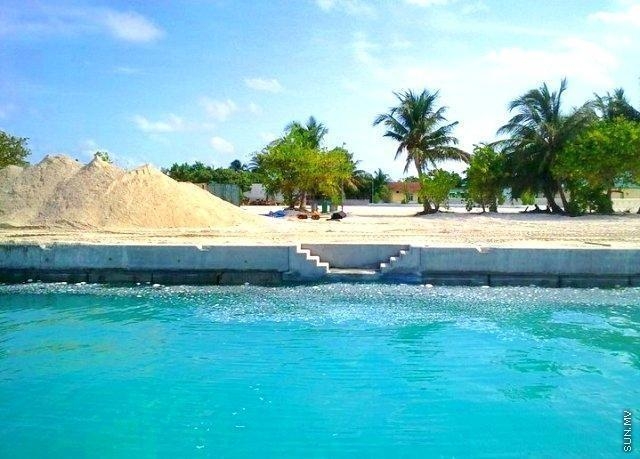 Foundation for a 100 housing units have been laid in Baa Thulhaadhoo under a project by the government to alleviate the housing difficulties faced by the people of the island. The project includes a total of 300 units.

Thulhaadhoo Council President Ahmed Rasheed said that Housing Minister Dr. Mohamed Muizzu had started foundation phase last Thursday, and said that the Minister had told them that the construction work on the units will be begin shortly.

Rasheed said that he is not aware of the total cost of the project, but said that the project is to be completed within a period of 2 years.

“As Housing is a big problem in Thulhaadhoo, former President Nasheed said he will reclaim land on Thulhaadhoo and that he will make the island habitable for 10,000 people. 17 hectares were reclaimed and large stones were placed under that project,” Rasheed said.

There is no political party willing to join Yameen: Ilham