Will pressure MPs until they resign: Imran 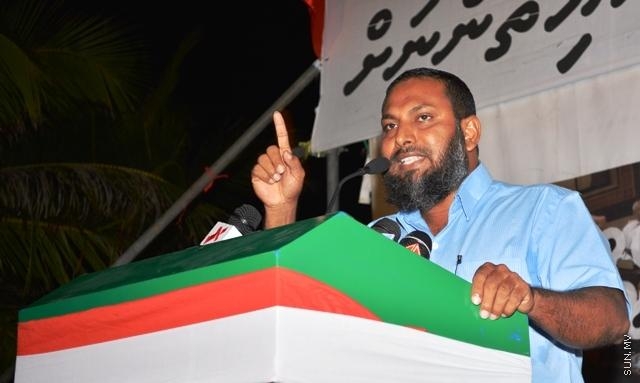 President of Adhaalath Party Sheikh Imran Abdullah has said that if the parliament continues to fail to function according to the wishes of the people, Members of Parliament will be pressured to resign in a similar manner as former President Mohamed Nasheed.

Imran said while speaking at a function held by the National Movement at Artificial Beach last night as part of the series of events under the theme ‘People’s parliament back to the people’, that the parliament will be dissolved if it is not conducted according to the constitution.

“The Supreme Court has the authority to declare void laws that are enacted in violation of the constitution. So the recently-made Privileges Act and Political Party Act for which protests have been held after they were returned without ratification, are void. No action can be taken based on the void articles in these laws. We are not concerned about being accused of violating MPs’ privileges,” he said.

Imran said that the privileges of 250,000 citizens are being violated by about 70 people, and that the people will not stand back and watch this happen.