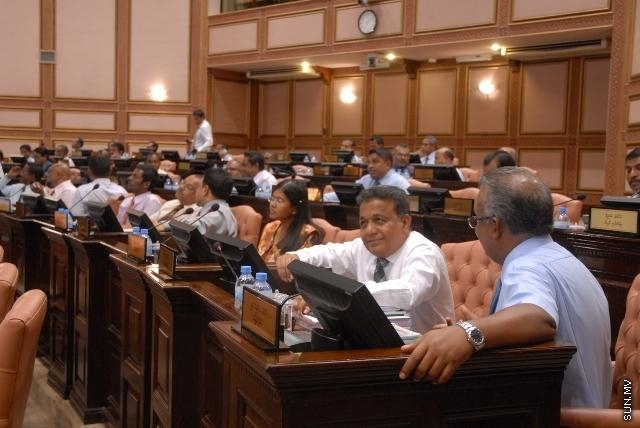 The Parliament Committee on Economic Affairs has included an amendment to abolish the law on trade by foreign nationals established in 1979, and sent the Business Registration Bill to the parliament.

The committee made over 15 amendments to the Business Registration Bill, which was proposed under the economic package of the former government, before sending it the parliament.

The bill was returned to the parliament by the president for further consideration after it was passed by the parliament during its second session last year. The president said that the bill was not ratified because it proposes to abolish the law on import businesses, cafes and canteens. The committee, after investigation, has removed the section in the bill that proposes to abolish this law.

The bill describes the types of trade activities that can be carried out in the Maldives by foreign nationals, and states that foreign nationals can only be involved in companies or partnerships in the legal sector, health sector, accounting sector, tax sector, financial services sector and other expert service sectors. Foreign nationals involved in business activities in all other sectors must have capital exceeding $5 million and hold $1 million as deposit with a group designated by the Maldivian government.

The bill states that foreign nationals can only be involved in wholesale trade in the Maldives excluding duty free shops. A foreign national also cannot conduct business activities that are against the interests of general Maldivian public.

The bill states that foreign nationals cannot conduct retail businesses in the Maldives.

The bill was submitted by the government during former President Mohamed Nasheed’s presidency by MDP’s Nilandhoo MP Ali Riza.

The Economic Affairs Committee has also completed its review of the bill on small and medium sized businesses and sent it to the parliament.