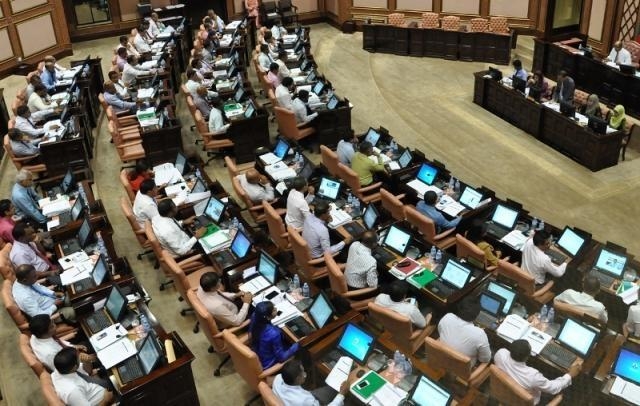 Parliament has rejected an amendment proposed to the Decentralization Act which stated that a council shall be abolished from the moment that they declare that they do not recognize the serving government.

The bill was rejected after 30 MPs voted in favour of rejection. Total of13 MPs voted against its rejection.

The amendment was proposed for Article 66 of the Decentralization Act, stating that if a council declares that they do not recognize the serving government, or declares that the government as illegitimate, the council shall be abolished from the moment of such a declaration.

The amendment was proposed by Vilufushi MP Riyaz Rasheed.

The proposition called for 9 amendments to 4 articles of the Act, which include an amendment to Article 41, which calls to revokes the certain powers granted to the City Councils, granting more government control.