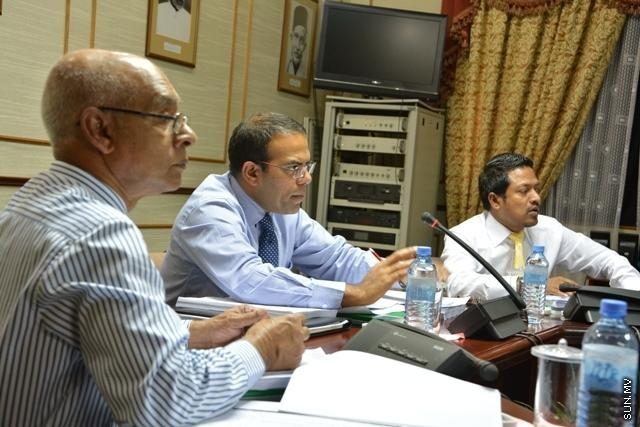 An article has been added to the Penal Code Bill stating that the person must face the due punishment if a person is convicted of a crime that has a punishment prescribed in the Quran.

The Penal Code Bill has received a number of comments earlier, commenting to incorporate that a person convicted of theft to face amputation, and also to add the Islamic Sharia punishment for apostasy.

The last article added to the Penal Code Bill states that if a person is convicted of a crime that requires a criminal punishment by law (penal code), the person shall face the punishment prescribed in the Quran.

The Parliamentary Committee reviewing the Penal Code Bill debated on the issue for a long while yesterday. The Committee’s chairman Bileidhoo MP Ahmed Hamza said that since this new article has been added, it will require a person convicted of thievery to be amputated, and a person is convicted of apostasy to be punished as prescribed by the religion, and that it is a very important article in that regard.

Naifaru MP Ahmed Mohamed however said that a person convicted of apostasy cannot be subjected to the punishment prescribed by the religion, reason being that the bill does not state apostasy as a crime.

The Penal Code Bill however does detail criminal punishments for murder, fornication, thievery and the intake of alcohol. The draft also includes the factors that must be considered before someone can be convicted for murder.

Some of the amendments incorporated to the Penal Code Bill during yesterday’s committee meeting include; that the death penalty must not be subject to the confession of the accused alone, and that evidence must be considered when imposing the death penalty. It was also added that a person must not be convicted of murder if any of the evidence presented against him is contradicting evidence.

The committee has decided to consider and incorporate the comments submitted by the Attorney General, Human Rights Commission of the Maldives (HRCM), and the UN mission in the Maldives, and forward the bill to the Parliament floor next week.

Maldives has the capability to hold free and fair elections: President Waheed