Yameen says people within the party are trying to create disorder 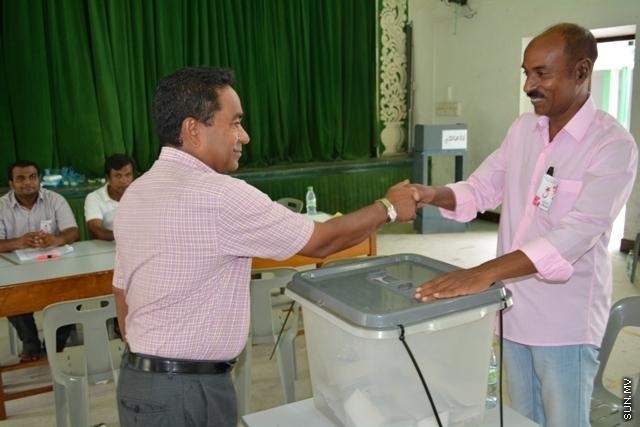 Abdulla Yameen, one of the two candidates competing in the Progressive Party of Maldives (PPM) presidential primary today has said that some people from within the party are trying to create disorder in the voting stations, and that this is not something that should happen in an internal party election.

Speaking to the press outside Aminiya School after casting his vote in the ballot box placed inside the school, Yameen said that he is satisfied with the way the voting has progressed so far, but said that some people from to the party had been seen inside voting centres, trying to using foul language in attempts to provoke brawls and create disorder, and that these things should not happen especially in an internal party election.

“Overall, the voting is alright. But people from within the party have entered voting centres and have tried to start fights. They have raised they voices, used foul language, this should not happen in an internal election. It is very sad,” Yameen said.

When asked if he was willing to follow his rival Umar Naseer if he happens to lose this primary, Yameen answered that he will not leave the party even if he is defeated.