Civil servants shows support for the withdrawal of pension funds 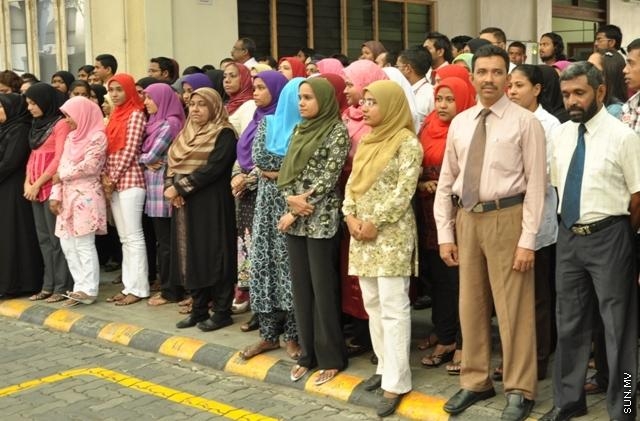 Civil Service Commission (CSC) has announced that a majority of civil servants and their institutions have declared support to facilitate withdrawal of money from the pension funds under certain conditions.

CSC has stated that they have conducted a survey amongst civil servants regarding the amendment to the pension law currently being deliberated in parliament, which grants certain provisions for funds to be withdrawn from a pension fund before the employ reaches the retirement age of 65 years. The commission said that the survey has revealed that the civil servants have always supported the proposition to be able to withdraw money from the pension funds under certain conditions.

The commission said that the survey was conducted amongst 81 institutions and it showed that 80 institutions were in favour of the amendment.

The commission also said that some of the major concerns raised by the civil servants include that certain laws make it mandatory for employees, in certain instances, to retire at 55 years, 10 years earlier than the official retirement age of 65, and that some employees are forced to retire even before 55 years of age under certain circumstances. The commission, citing these concerns, said that the civil servants have commented that they should be able to withdraw money from the pension funds with more convenience.

CSC also stated that it improper that the employees are unable withdraw their hard earned money under certain necessary circumstances and that a large number of employees agreed that they should be able to withdraw the money when it is absolutely necessary.

Amendments proposed by Guraidhoo MP Ibrahim Riza to Article 14 of the Pension Act include clauses along lines that all employees must be able to withdraw their pension savings for certain purposes including; for a person to make the Hajj pilgrimage, to seek medical treatment from a foreign country, to undertake higher education, to build property, and to start a personal business. It also states that a person who had worked for a contracted duration or a person who had been elected to public office may withdraw pension funds to set up a personal business only after the person’s term of office had fully expired. It also states that funds can be withdrawn to seek medical treatment for immediate members of an employees' family.