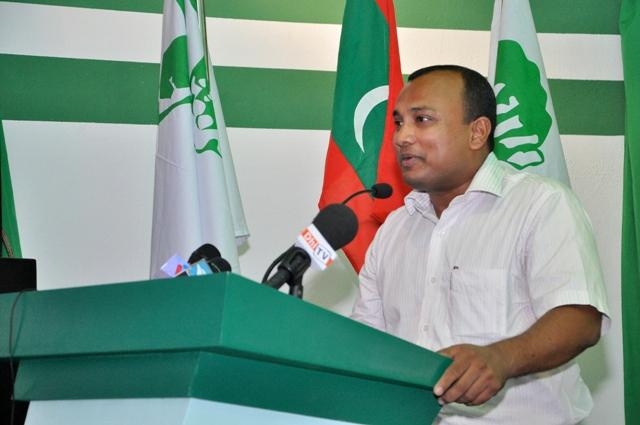 Spokesperson for Gaumee Ithihad Party (GIP) Abbas Adil Riza has recently directed his comments towards former President Mohamed Nasheed, noting that while he continues to pledge to promote guest house businesses in the Maldives, his party Maldivian Democratic Party (MDP) is carrying out vigorous campaigns calling to boycott Maldives tourism.

Abbas accused former president Nasheed of trying to cajole and flatter the Maldivian people into believing his pledge to promote guest houses businesses, and warned Maldivians to deeply consider Nasheed's promises believing them.

“While president Nasheed says that he will expand guest house businesses, he is carrying out campaigns outside the country, calling on the guests not to enter these guest houses. Saying that these people are secularists, calling on the people to stay away from Maldives, people who are willing to come to this country. It shows Nasheed’s level of sincerity to the people,” Abbas said.

Abbas continued to say that former president Nasheed does not understand the needs of the people and that he has always worked to achieve momentary political gain.

MDP’s had prioritized the expansion of guest house businesses in their recently assembled manifesto aimed at the upcoming presidential elections.