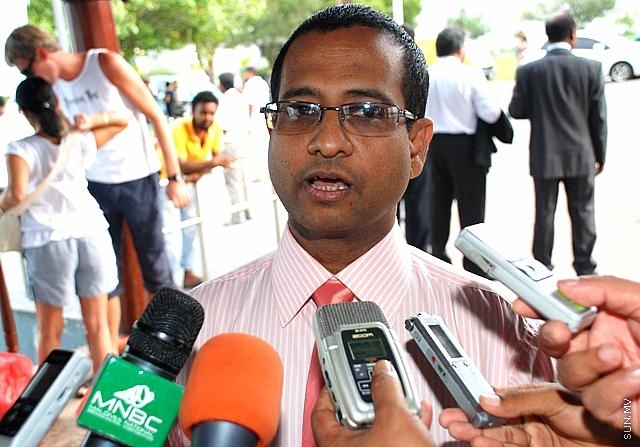 A document made public by WikiLeaks has brought to light a meeting where the former Maldivian Foreign Minister Dr. Ahmed Shaheed had told the US Ambassador Mr. Robert Blake that the Maldives had signed several agreements, and pledged to renew ties, with Israel.

The file was included in the WikiLeaks cables which comprises of a number of United States diplomatic and intelligence records. Shared between US offices in Chennai, Hyderabad, Kolkata, Mumbai, New Delhi, Sri Lanka, and the United Nations office in New York, the report highlights a meeting that took place between the former Maldivian Foreign Minister Dr. Ahmed Shaheed and US Ambassador Mr. Robert Blake on the 25th of September 2009.

The report states that the then Maldives Foreign Minister Dr. Ahmed Shaheed told Blake that former President Mohamed Nasheed pledged to "renew ties" with Israel in his September 24 UN General Assembly speech, had announced of the restoration of relations with Israel, with which Maldives had signed several agreements on health, education and tourism.

The document titled ‘Maldives: A/S Blake’s Meeting with FM Shaheed’ dated 30th September 2009, stated that: “The Maldives Defense Minister would visit Israel in October, as well as the Minister for Natural Disasters, he continued. The two countries have already signed agreements on health, education and tourism. Asked about the domestic reaction, Shaheed admitted that that there has been "a lot, but not a genuine undercurrent."

The report also states that Shaheed told Blake that he believed that there is a concern about extremism in the Maldives, and that it had prompted the Maldives to work with India on resort security.

The report also highlights that the two diplomats discussed on climate change and security of the Indian Ocean during the meeting.