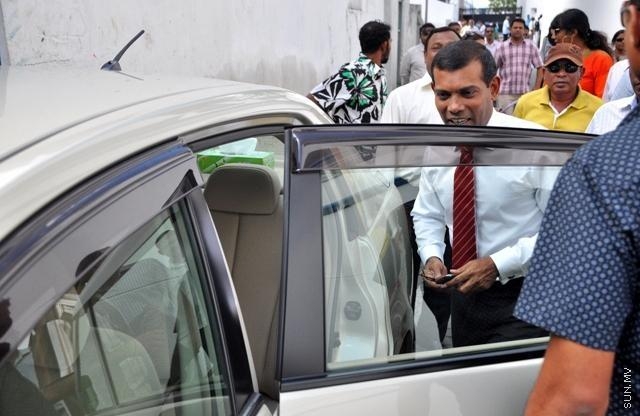 Former President Mohamed Nasheed has departed for Denmark last night to speak at a Sustainability Lecture organised by the University of Copenhagen.

Speaking to Sun before his departure, former President Nasheed said that he will be speaking on “How the world can build a carbon neutral global economy?” by focusing on the opportunities brought up by clean technology, and the transition to more sustainable sources of energy such as wind energy to decrease the global consumption of fossil fuels. He said that the investments for producing sustainable energy are now viable.

The former President said that he will also be speaking at the Danish Parliament during his visit to Denmark.

At the Danish Parliament, Nasheed said he will be highlighting on democracy and how the Maldives has deviated from the principles of democracy, and the efforts that need to be made to bring Maldives back on the track to democratic governance.

The trip will be take about two days, Nasheed said.

Maldives High Court has permitted the former President to travel abroad starting yesterday. The Department of Immigration however had stopped Nasheed from leaving about an hour before his flight and after he had arrived at the airport. Immigration had initially barred Nasheed from leaving after stating that the High Court permission stated that he was permitted to leave after yesterday.