Maldives has not two, but three ideologies: President 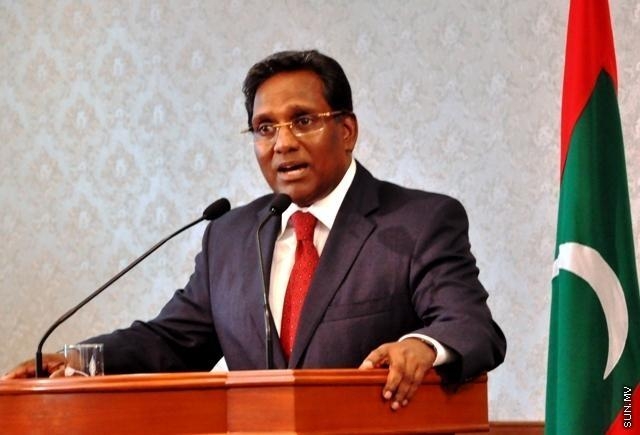 President Dr Mohamed Waheed has said that the Maldives has not only two ideologies, but a third ideology also exists in the country.

Speaking at a function held at Seenu Atoll Madharusa in Hulhumeedhoo in Addu City tonight, the president said that the third ideology is the ‘ideology of unity’.

He said that this third ideology is evident in Addu Atoll.

The president expressed happiness over seeing a Unity Jagaha (station) in Hulhumeedhoo, and said that this is proof that the Maldives now has not only two ideologies.

The president said that a small committee had been established at the President’s Office to work towards developmental projects in Addu City, and assured that the city will see big projects being implemented at a fast speed.

Speaking during his second visit to Addu City since he assumed office, President Waheed said that prior to his visit, he had received information that a certain group was ‘very strong’ in Addu City; however, his team received greater support than he had expected.

Innocent third parties in joint investments with the government should be protected by law: MP Nasheed