JP candidate Gasim does not have a team behind him: Dr. Hassan Saeed 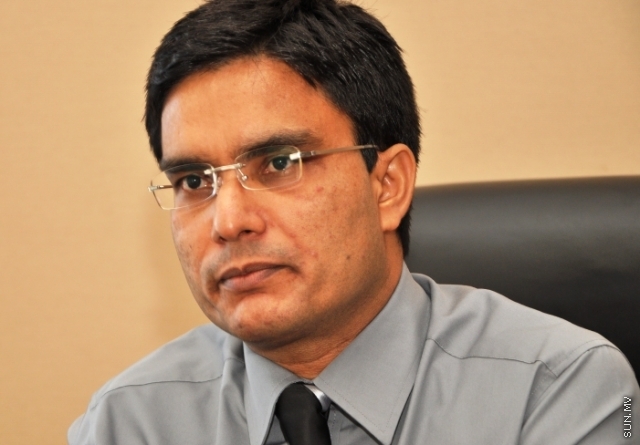 Special Advisor to the President Dr. Hassan Saeed has said that the country needs a team to solve the challenges ahead and that Jumhoory Party’s presidential candidate Gasim Ibrahim does not have team behind him.

Speaking at President Waheed’s coalition campaign event in Lhaviyani Naifaru last night, Dr. Hassan Saeed said that a person will not be able to compete in the political arena or lead a country all by himself and that the Jumhoory Party candidate does not have a team to work with him.

“There cannot achieve anything by coming out to the political arena alone. Looking at the country’s challenges, it needs a team. We don’t see such a team behind Gasim Ibrahim. Only a team, only if people of different beliefs come together can we solve all the challenges to the country. I am telling you quite sincerely, I do not see such a team with Gasim.”

The President’s Special Advisor went on to say that the team supporting Maldivian Democratic Party (MDP) presidential candidate Mohamed Nasheed will set the country back three year, and that the team behind Progressive Party of Maldives (PPM) presidential candidate Abdulla Yameen will set the country back even further, to 30 years in the past. The only people that can take the country forward is President Waheed’s coalition, Dr. Saeed said.