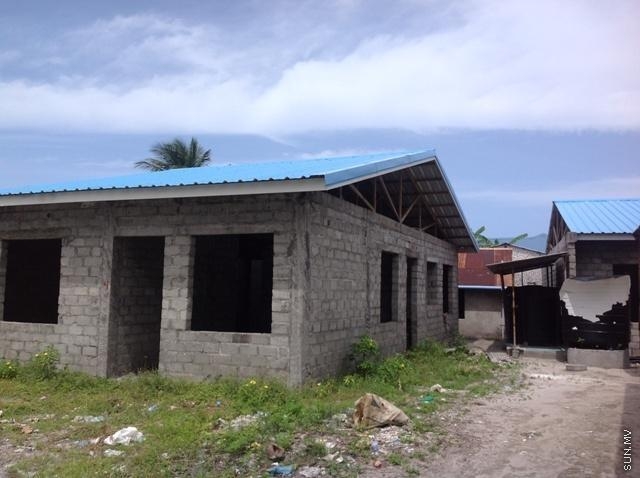 MVR 198 million provided to Vimla Construction from the Saudi Fund for the construction of houses in four islands in Gaafu Alifu Atoll following the tsunami, has been brought into question.

Vimla Construction signed the agreement for the project on 28 October 2008, regarding the construction of 298 houses in Gaafu Alifu Vilingili, Maamendhoo, Nilandhoo and Dhaandhoo.

A report published by the Auditor General on Thursday regarding the project carried out with the aid of the Saudi Fund for Development, states that the Ministry of Finance issued MVR 198 million to Vimla Construction in 2011 for this project.

Vimla Construction has however said that it did not receive the amount mentioned in the Audit Report.

Managing Director of Vimla Construction Ibrahim Rasheed told Sun Online today that the government had only provided the advance payment for the project, and that the remaining amount had not yet been received by the company.

He said that the work was later carried out, with Vimla’s permission, by a subcontractor - a Philippine company called ‘Performance Builders’.

Rasheed said that the project was resumed as notified by the Finance Ministry, after Performance Builders stopped the project halfway.

A senior official of Finance Ministry has confirmed Vimla’s statement that they had not received the full amount mentioned in the Audit Report for this project.

He said that documents exist regarding the provision of money to the subcontractor for this project.

“We notified Vimla to complete the project when the subcontractor left. We have to talk to the Saudi Fund to arrange payment for the work done by this company,” he said.

He also said that the amount mentioned in the Audit Report is not entirely accurate, and efforts are ongoing to clarify this matter.

Auditor General Niyaz Ibrahim told Sun Online that according to the documents available at the Ministry of Finance, Vimla Construction was given MVR 22 million as advance payment after being assigned this project.

He said that efforts are ongoing to clarify the exact amount given to Vimla Construction, as the company had denied that it was given the amount mentioned in the report.

“Our report was based on the information and facts obtained from the relevant office. We also share our observations with the office prior to publishing the report. We waited for a response from the Finance Ministry regarding this report for a long time. And then after we publish the report, they are saying that the amount isn’t accurate. So it’s very likely that there’s a mistake,” he said.

He said that the correct amount provided to Vimla Construction will be announced later after the matter is properly investigated.

75 houses in Villingili, 84 in Maamendhoo , 51 in Nilandhoo and 88 in Dhaandhoo were to be constructed under this project.