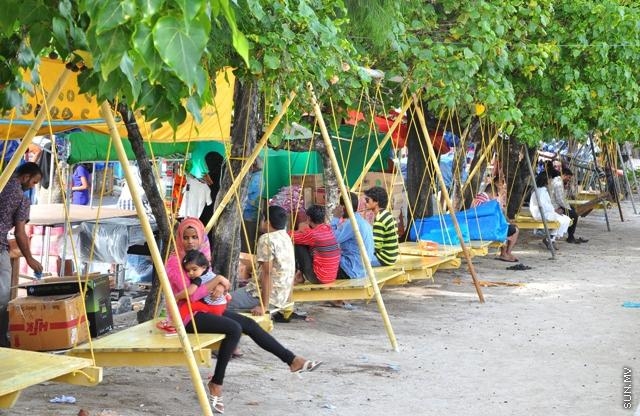 A notice has been sent to Male’ City Council again to hand over Usfasgandu to the Ministry of Housing. Usfasgandu has been leased to Maldivian Democratic Party (MDP) to conduct political activities.

Housing Minister Dr Mohamed Muizzu told Sun Online that City Council was first notified in February 2013 to hand over Usfasgandu to the ministry within seven days. He said that the council took no action following this notice, and the ministry thus sent a second notice today.

Muizzu said that the council had been notified to empty the area and hand it over to Housing Ministry before 27 June, and also informed that failure to act accordingly would mean that the police will be involved to mediate the transfer of the area to the Housing Ministry.

Muizzu said that the government would take no responsibility for any damage caused to items that remain in the area after the aforementioned date.

Following the first case filed by the government in relation to Usfasgandu, the Civil Court ordered to hand over the area to Housing Ministry. This decision was however appealed in High Court by the City Council, following which the High Court declared void the Civil Court’s decision.

High Court said in its ruling that if Usfasgandu is being used against the law, no court order is required to take over the area.