SO officers stationed indefinitely in Thinadhoo 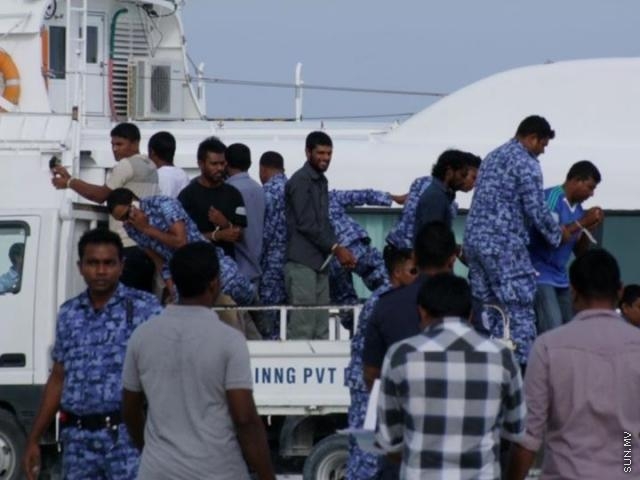 Maldives Police has stationed SO officers in Gaafu Dhaalu Thinadhoo.

The police media official said that SO officers have been stationed indefinitely in Thinadhoo to provide protection to the people, and to establish a peaceful environment in the island.

He said that the SO officers will work in cooperation with the officers in Thinadhoo Police Station, and work towards establishing peace and security in other islands in the region as well.

The media official said that SO officers will be stationed in islands as deemed necessary based on the time and circumstances.

Thinadhoo has been identified as an island where political unrest breaks out often. The protests in the island by supporters of Maldivian Democratic Party (MDP) on 8 February 2012 turned violent, and ended up with the Gaafu Dhaalu Council Office, the Thinadhoo Magistrate Court, and the island’s Police Station and its vehicles being set on fire.

The police team that visited the island in March 2013 to investigate the arson attacks and arrest the suspects under court warrants were also obstructed by supporters of MDP.

The police temporarily suspended the efforts to arrest the perpetrators following these obstructions. The suspects were eventually arrested by SO officers who went to the island.

Supporters of MDP in Thinadhoo also recently obstructed President Dr Mohamed Waheed and his team as they arrived in the island.

Polco sells shares to police officers at MVR 100 per share