Only PPM can bring peace and safety: Dr Jameel 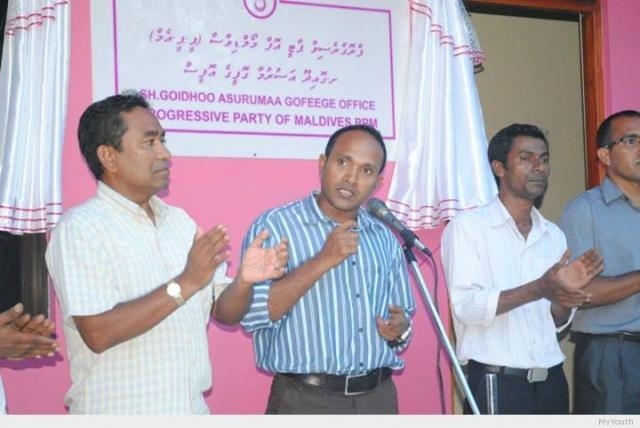 Running mate of the presidential candidate of the Progressive Party of Maldives (PPM) Dr Mohamed Jameel Ahmed has said that given the present situation of the country, PPM is the only party that can bring about peace and safety.

Dr Jameel said this while speaking at a rally in Raa Dhuvaafaru last night.

The former home minister said that peace and safety must be established in order to ensure economic progress in the country, and PPM is the only part capable of doing this.

Dr Jameel said that foreigners would not want to invest in a country that lacks peace and safety.

“No one would want to invest or develop resorts in such a place. When there are other places in which they can invest, expand their businesses and earn money, they would only come to a place like the Maldives if we have a peaceful, safe business environment,” he said.

He said that former president Maumoon Abdul Gayoom had made great efforts and successfully established peace all over the country. He said that major companies and senior officials of various countries visited Maldives back then because they trusted the culture of peace, solidarity and obedience that existed among the Maldivian people.

Referring to earlier remarks made by former president Mohamed Nasheed, Dr Jameel said that PPM would never say that they want to look for a group to assault the police.

He also mentioned that a police officer was murdered 48 hours after Nasheed said to look for a group to assault the police.

Referring to the murder of former Ungoofaaru MP Dr Afrasheem Ali, Dr Jameel said that the people behind this murder have said, “We have destroyed those who attacked us politically”, and that Maldivians should be ashamed that some groups among us support such speeches.

Large amounts of garbage spill into Thilafushi lagoon, yet again