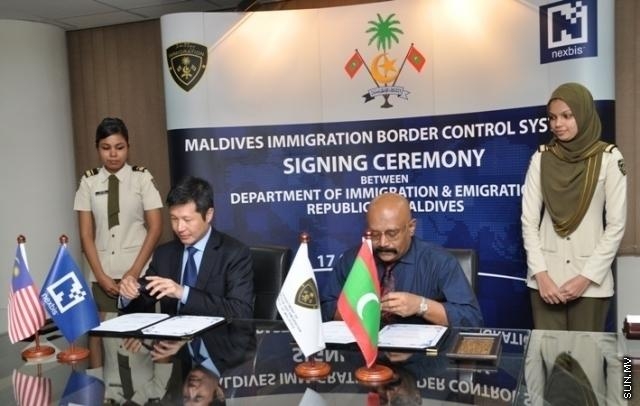 Malaysian company Nexbis has requested the Department of Immigration and Emigration for $2.8 million (MVR 43.1 million), an amount they claim is due as per their agreement for establishing the border control system.

Law firm representing Nexbis in the Maldives, Suood Anwar and Co. said that they have written to the Department of Immigration asking for their share of the $2 dollar tax to be levied on each departing passenger from the Maldives as, according to Nexbis, agreed in their concession agreement with the government, owed to the company starting from the day that the border control system came into effect.

“It was decided that the amount will be collected by including it in the price of tickets initially sold to the customer. But this did not happen because the government had failed to notify IATA regarding this issue. We believe that we’ve not been paid due to neglect on part of the government,” the law firm said.

Suood Anwar and Co. said that in their letter, they have requested for the money to be paid within a 30 day period, as per the concession agreement.

Controller of Immigration Dr. Mohamed Ali said today that Nexbis has billed them for a number of different transactions which the his department has yet to clear.

“Nothing has been decided regarding the issue. They’ve billed us for using their equipment,” the Controller said.

On December 25th last year, the Parliament passed to notify the government to terminate the Border Control System project agreement with Nexbis.

The motion was passed by unanimously with all 74 MPs present at the parliament sitting voting in favour of notifying to terminate the agreement.

The Anti-Corruption Commission, on numerous occasions and to no avail, had asked the Department of Immigration to terminate the boarder control system project. Although the project was brought to a halt following an order by the High Court, the system had already been established and is still being utilized to some extent today. The matter is now being contested in the Supreme Court.