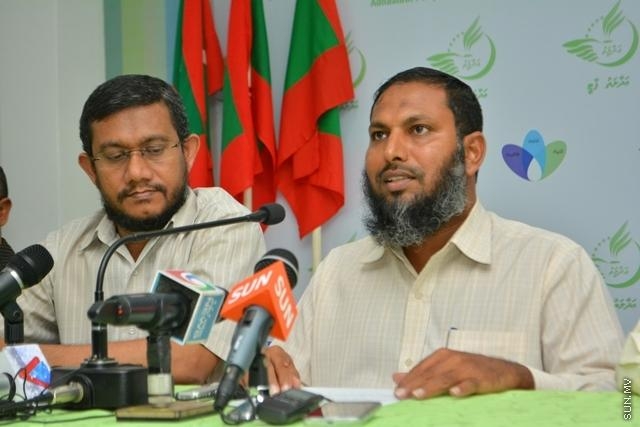 President of Adhaalath Party Sheikh Imran Abdullah said at a press conference held last night that the party decided to leave the coalition after a meeting of its council, with 97 percent support.

Delivering a statement on the party’s decision, Sheikh Imran sad that the purpose of creating Forward with the Nation coalition was to ensure that former President Mohamed Nasheed’s crimes were not repeated, but working with the coalition did not result in any progress towards that goal.

He said that efforts were made last week to resolve the conflicts within the coalition, with no success.

Sheikh Imran said that despite deciding to leave the coalition, Adhaalath Party would continuously work towards ‘taking the people to a safe harbour’.

Forward with the Nation coalition wished Adhaalath Party progress in the future, and assured that it would work with the party after the election.