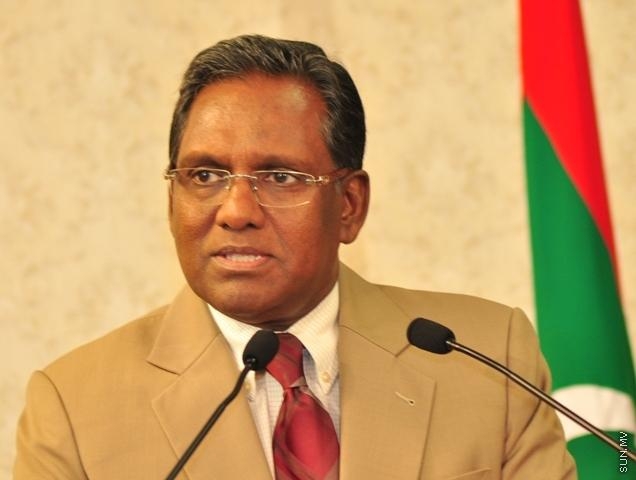 President Dr. Mohamed Waheed Hassan Manik has decided to run as an independent candidate for the upcoming presidential elections.

During a press conference at the President’s Office today, President Waheed he has decided to compete independently because certain parties have questioned the legitimacy of the his party, the Gaumee Ithihad Party (GIP).

He said that it would not be wise to compete as a GIP candidate before the Supreme Court makes decision regarding the party’s legitimacy.

“[The opposition] has questioned the legitimacy of my party. The matter has been submitted to the Supreme Court and the court has not yet made a decision. If I decide to compete as a party candidate before the matter is decided, it will be questioned. There are people trying to bar me from competing. I will not be the one to get caught in that trap,” President Waheed said.

He said that he is willing to “go on the streets” to gather the required amounts of signature for an independent candidate to compete.

“So I intend to take the form and go on the streets. I will visit houses, carrying the form, during the next two days. Asking those who wish to see me remain in this post for another term to sign. This is how I plan to proceed,” President Waheed said.

The constitution requires candidates unaffiliated with a political party to submit signatures of 1,500 supporters along with their application.

The President has announced Dhivehi Rayyithunge Party (DRP) Leader Ahmed Thasmeen Ali as his running mate for their Forward with the Nation coalition.