Ahmed Thaufeeg (Topi) forced to leave ferry after being 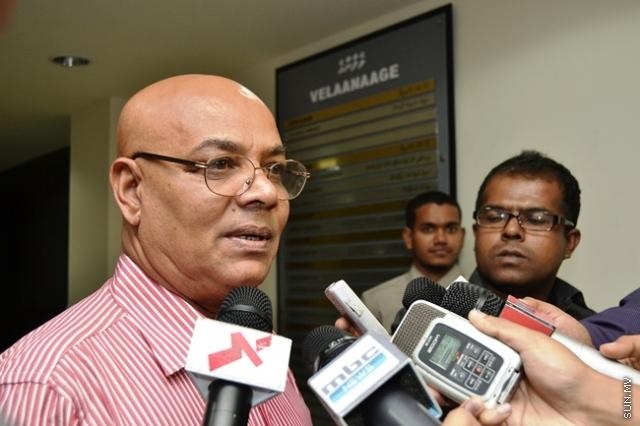 A group of Maldivian Democratic Party (MDP) supporters who were on their way to Hulhumale’ from a rally in Artificial Beach last night, have mobbed Political Advisor to the President Ahmed Thaufeeg (Topi) by yelling at him and pushing him, forcing him to get off the ferry to Hulhumale’.

Topi told Sun Online in an interview today that he got on the 12:30 ferry to Hulhumale’ last night, and ‘a group of MDP supporters’ on the ferry started yelling at him using offensive language, and pushing him from the sides of the bench he was sitting on - forcing him get off the ferry.

This has been confirmed to Sun by a Sun reporter who was on the ferry at the time.

The reporter said that Topi got on the same ferry as the MDP supporters returning to Hulhumale’ after the rally, and they ‘almost assaulted’ Topi.

Topi said that the incident last night was an act of terrorism.

“What is the right to travel freely?” he asked.

He urged the public, with the presidential election around the corner, to think carefully about people who carry out such activities.

“They were even calling, ‘throw him into the sea!’ Isn’t this terrorism?” he said.

He has reported this incident to the police, and the Sun reporter said that one person has been arrested in relation to this case.