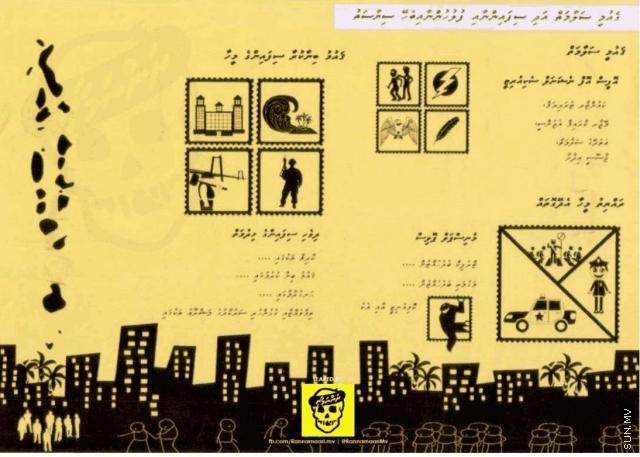 A policy paper assembled by the Maldivian Democratic Party (MDP) that details strategies to neutralize the powers of the police and military has been leaked on social media.

The paper proposes to transfer the police under the authority of the City Councils and the administration of their salaries and other allowances to be managed by the Local Government Authority.

The policy paper also proposes to abolish the police intelligence department and establish a national intelligence agency that will be run directly from the President’s Office and asks to transfer the work of the police forensic department's DNA testing unit to the Indira Gandhi Memorial Hospital (IGMH).

It also calls to limit the powers granted to the police through the Police Act, to abolish a number of branches from the institution and dramatically reduce their number to a force who will conduct traffic and control protests.

In addition, the paper asks to establish, under direct supervision from the President's Office, a “National Command Centre” to oversee all matters of national security.

The MDP mini-manifesto policy paper also proposes to remove a larger portion of the police force from maintaining public order to a force that will actively contribute to development projects.

Similarly, the paper proposes to transfer the fire department to the authority of the City Council.

It reasons that the people have lost faith in the country’s security forces and describes the police and the military as obstacles to molding the country to the party's vision.

It also accuses the police force of being anti-MDP and says that the officers in the police and military will never be sincere to MDP and its ideology.

The paper claims to be assembled by a committee within the party through consultation with party supporters who are currently active in the police and military. The chairman of the committee is stated as former Defence Minister Ameen Faisal.

When asked of the authenticity of the policy paper, MDP’s national council member and former Youth Minister Hassan Latheef said that all their policies will be announced in the presence of the media.