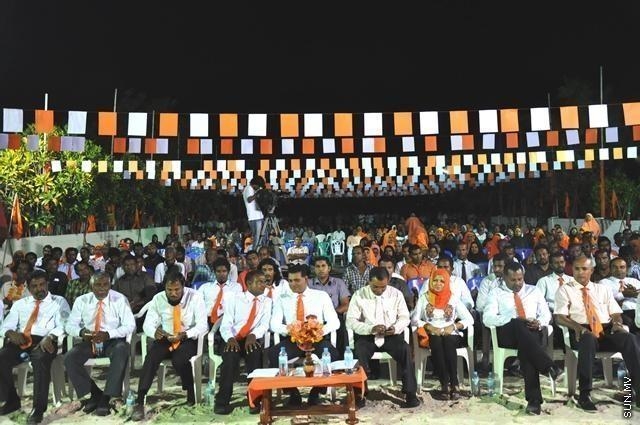 The Maldives Development Alliance (MDA) has decided to form a coalition for the upcoming presidential election.

This decision was passed unanimously by the members of the party’s national council present at a meeting last night.

An official of MDA told Sun Online that it was also decided at the meeting, to commence official discussions regarding forming a coalition with the Progressive Party of Maldives (PPM).

A five-member committee was formed last night to carry out these talks, the official told Sun Online.

“We decided tonight that we will form a coalition with some party. But MDA will propose certain conditions when we enter the coalition, issues related to the citizens. MDA would only form a coalition if agreements can be reached regarding these issues. They are issues submitted by citizens during meetings held in the atolls to obtain public opinion,” he said.