Yameen expresses concerns over extremism during visit to India 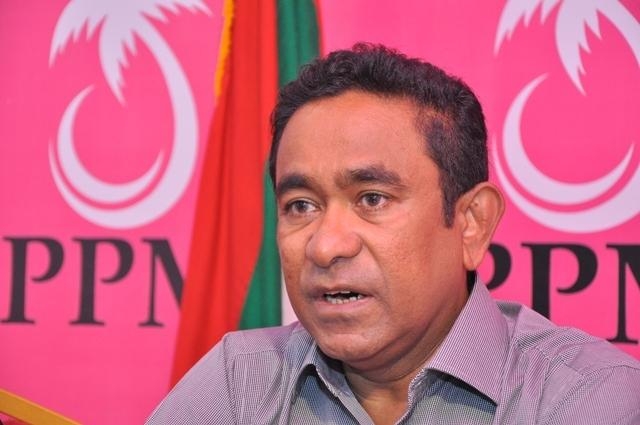 Presidential candidate of the Progressive Party of Maldives (PPM) Abdullah Yameen has said that during his recent visit to India, he acknowledged that extremism is a challenge faced by PPM, after concerns were raised by the Indian officials over extremism in the Maldives.

Speaking at a press conference held at the PPM Office today, Yameen said that he told Indian Prime Minister Manmohan Singh that extremism exists to some extent in the Maldives.

He said that he told the Prime Minister that as a result of this, people suffer serious damage to their houses and property.

Yameen said that he explained PPM’s standpoint on the issue of extremism after the Prime Minister raised this concern.

He said that another concern raised by the Prime Minister was the issue of maritime protection and safety.

When asked by a reporter if the Indian officials asked about the termination of the agreement with Indian company GMR, Yameen said that that subject did not come up during this visit.

Turkey has agreed to provide the means necessary to strengthen the police service: Police Commissioner