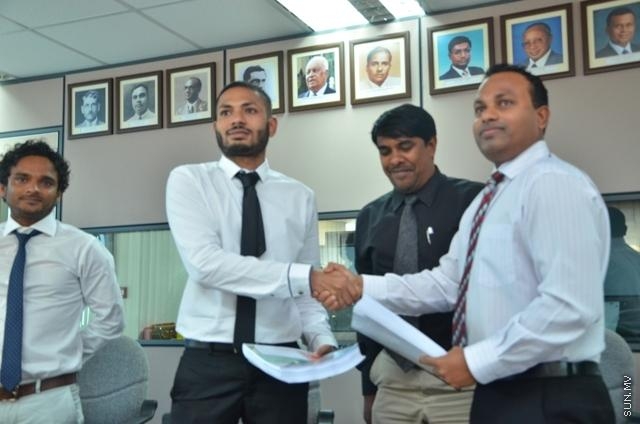 The Ministry of Home Affairs has signed an agreement with Aima Construction Company, regarding the construction of a prison in Kaafu Kaashidhoo to accommodate up to 700 prisoners.

The ministry said that the project, worth MVR 143 million, should be completed within 18 months.

Minister of State for Home Affairs Mohamed Fayaz said that the new prison in Kaashidhoo has been designed as an open prison where prisoners can engage in agricultural activities.

“This project in Kaashidhoo is based on ‘open jail’ concept. We will use 90 percent of the land area for agriculture. Most prisoners will be engaged in this work, and their work will also benefit their families,” said Fayaz, while speaking at the ceremony held at the Ministry of Home Affairs today to sign the agreement.

He said that the purpose of this prison is to ensure that prisoners have enough earnings by the time they complete their sentences, which would discourage them from committing crimes to obtain money after they leave prison.

Fayaz said that Kaashidhoo was chosen as the island to establish this prison because the island proposed earlier, Haa Alifu Neykurendhoo, is not suitable in terms of transport and healthcare for prisoners.

He said that the cabinet decided to establish the prison in Kaashidhoo because compared with other islands in Kaafu Atoll, land was available in Kaashidhoo as required for the prison.

He said that people will be transferred from other prisons based on the crimes they had committed, and their conduct during their time in prison.

Fayaz said that the people of the Maldives face several dangers today due to inefficiencies in ensuring that convicts are given their due punishment. In this regard, he said that several convicts are not sent to prison due to lack of space.

He said that however, all convicts who were sentenced to prison after the current government took over have been sent to prison, but about 900 prisoners who were released from prison earlier still remain free.

Aima Construction Company said that they hoped to complete the project within 15 months.

The agreement regarding the construction of a prison in Kaashidhoo was signed by Director Finance of Aima Construction Imran Ibrahim, and Minister of State for Home Affairs Mohamed Fayaz.