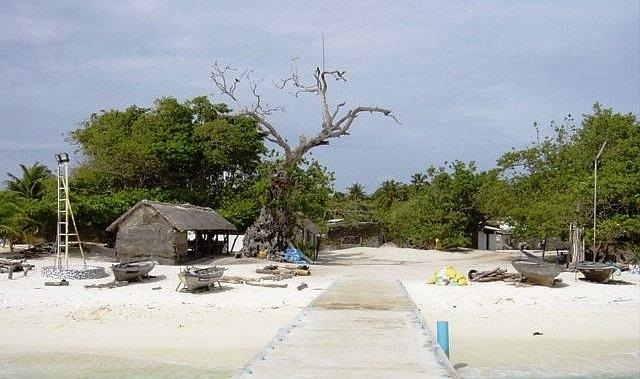 A team of Police officers has arrived in Haa Alif Thakandhoo after receiving reports of black magic being practiced on the island.

Police Media Official said that the team is inspecting individual houses under a court warrant. He did not provide details.

Vice President of Thakandhoo Council Ibrahim Shaheed said that the police arrived on the island around 10:00 a.m. this morning and have started inspecting houses. Their search is based on information received to police intelligence, he said.

“They are checking some of the houses. We still don’t know. We don’t know if they have arrested anyone, or whether they have found anything,” the councilor said.

The number of houses they have checked is yet unclear.

Recent reports state that four young children in Thakandhoo have been affected by black magic, engulfing the small island community in a somber mood.

The affected children say that the dead come to haunt them between Maghrib and Isha prayers (between 6 p.m. and 8 p.m.) every night.

Not enough sand in Thilafushi lagoon for Hulhumale